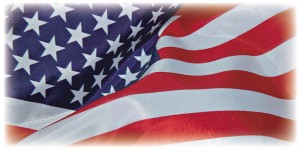 Robert (Bob) Hilding Christie, passed away on January 14, 2015. He was born July 22, 1924 to James and Carrie Christie. He served on active duty during WWII while assigned to the 3181st Signal Service, and was stationed in Okinowa. He was a history teacher with the Omaha Public Schools and taught at South High School for over 30 years. Upon retirement in the late 80’s he moved with his wife and son, Wanda and Bobby to their home on Tablerock Lake, near Branson, Mo. He was active in the Retired Teachers Association of Missouri. He also was a member of both the VFW and American Legion.
Bob was preceded in death by his son, Robert Stewart Christie and his wife, Wanda White Christie.
He is survived by his nieces: Jennifer Harris (Dennis) of Seattle and Julie Johnson (Mark) of Minneapolis, 5 grandnieces, 3 great- grandnieces, and several cousins.
Visitation will be Monday, January, 19, 2015 in Greenlawn Funeral Home South from 6-8 p.m.
Graveside services will be held Wednesday, January 21, 2015 in Forest Lawn Cemetery, Omaha, NE at 10 a.m. with burial to follow.