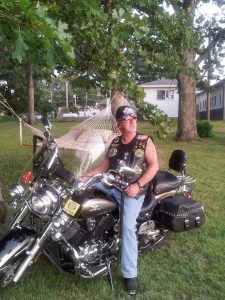 Robert (Bob) James Lannan Sr. left the mortal earth to be with his heavenly father on August 17th 2016. At the time of his death Bob was on deployment with the Federal Emergency Management Agency (FEMA) in Charleston West Virginia assisting with flood relief efforts. Bob was born and raised in Lowell Massachusetts and shortly after graduation from high school he enlisted in the United States Army to serve over twenty years protecting our country. During his military service he served in the Vietnam conflict as a combat medic and helicopter door gunner. Upon his return to the states he settled into his military career and worked in the medical field and was eventually promoted to sergeant first class before retiring in 1989.
After his retirement Bob had a hard time choosing a civilian career that fit his skill set. After a few years of searching he settled into the security field where he quickly excelled. After the onslaught of Hurricane Katrina he felt the tug of public service once again and began working with FEMA working as a logistics coordinator. Bob was deployed all over the country during a ten year period to help with some of the worst natural disasters the country has seen to include Hurricane Katrina, Minot North Dakota, Austin Texas, and most recently Charleston West Virginia to name a few. He vowed several times to retire completely but anytime the call came, without hesitation, he would pack his bags and once again walk out the door to help someone in need. Other than federal service Bob fought the good fight at home for veterans affairs. He was affiliated with the American Legion, American Legion Riders, Patriot Guard and even volunteered at the Vietnam Veterans Association office in Springfield Missouri where he helped other veterans get the benefits they deserved.
He leaves behind his loving and loyal wife of over twenty years, Jane Lannan, his four children Robert Lannan Jr., Kimberly Espinosa (Lannan), Jason Lannan, and James Lannan. Bob led his family by example and taught them service to others above themselves, to laugh daily, and to love hard. Due to his hard work, and moral conviction all of Bob’s children grew up to lead successful lives and have families of their own. Bob will be sorely missed by his siblings, grandchildren, and extended families. Bob adored his family; it was the only thing in this world that drove him harder than his work ethic. He never knew how to draw the line between friends and family, in fact we don’t ever think he knew that line existed. In his mind everyone was family and he would go to the end of the earth to help them.
We ask that you join us in remembering his kind spirit on Friday August 26th
Greenlawn Funeral Home East at 3540 E. Seminole
Visitation 12:30pm – 1:30pm
Funeral Services 1:30 – 2:30pm
Graveside Service at Missouri Veterans Cemetery with Full Military Honors 3:00pm
5201 S. Southwood Road, Springfield Mo
An end of life celebration will be held starting at 4:30pm at the American Legion Hall. 2660 S. Scenic Ave. Springfield Mo.
In true Bob fashion in helping his beloved American Legion one last time, the family invites you to participate with them in an American Legion steak dinner fund raiser for $12.00 per person starting at 5:00pm. There is no cost if you do not eat.