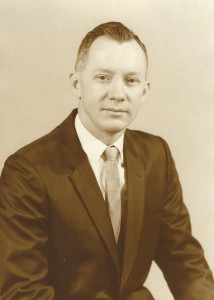 Robert L. Kline, age 89, of Springfield, MO died Saturday, April 4, 2015.
Robert was born December 12, 1925 at Fort Sam Houston, TX. He graduated from Central High School in Springfield, MO and attended Wittenberg University in Ohio. In 1946, Robert was married to Willa Jean Reed. They had two children, Ron and Paula.
Robert served in the United States Air Force and Air Force Reserves for 24 years, achieving the ranks of Chief Master Sergeant and Major. Following his military career, he worked for the United States Postal Service. After retiring, Robert volunteered at the Springfield Convention and Visitors Bureau and served on the Jordan Valley Park Board. He was a member of Second Baptist Church in Springfield, where he served in various ministries.
Robert is survived by his son Ron Kline of Springfield, daughter Paula (Milt) Fulghum of O’Fallon, MO; and brother Phil Kline of Lansing, MI. He also leaves three granddaughters, Cyndi (Ben) Turner, Julie (Joe) Falcomata, and Shayla (Matt) Gordon; and eight great-grandchildren. He was preceded in death by his wife, Willa Jean; his parents, Nick and Sylvia Kline; and siblings Gerald, Donald, and Barbara.
Visitation will be held at noon this Thursday at Greenlawn East, with services immediately following at 2:00 PM. He will be laid to rest at the Missouri State Veterans Cemetery.
Donations may be made to Victory Mission, 824 West Commercial Street, Springfield, MO 65803.