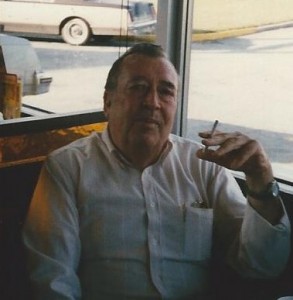 Robert Lee Toombs, age 83, of Marietta, Georgia, passed away Tuesday, December 23, 2014, at Golden Rose Residential Care. He was born November 10, 1931, in Fayetteville, Arkansas to Isaac and Constance (Hardy) Toombs. He was an Air Force Veteran and honorably discharged from Moody Air Force Base in Valdosta, Georgia. Afterwards he worked at Dobbins Air Force Base as a civilian in the Maintenance Support Division.
Robert was a business man and among his many accomplishments he was part owner in the McNeal Company, a privately-owned real estate company. He built his assets company, Custom Properties, which constructed and managed many properties and apartment complexes. Robert went on to own and operate a Marietta storage facility, highway billboard signs, and numerous rent houses. Autumn Breeze Nursing Home in Marietta, which is still in business today, was a major success story for Robert, in that, he designed, constructed and managed this multi-unit facility.
He was preceded in death by his parents, Isaac and Constance; four brothers and one sister: Clyde, Loretta, Leroy, Delbert, and Ralph.
He is survived by four children: Patricia Gold and husband, John of Tampa, Florida, Ron Toombs and wife, DeLynne of Devers, Texas, Tina Toombs of Hiram, Georgia, and William Toombs of Gainesville, Georgia; six grandchildren and two great-grandchildren as well as numerous other relatives and friends.
On Monday, December 29, 2014, the visitation will be held from 6:00 – 8:00 PM at Pitts Chapel in Bolivar, Missouri. The services will be held at the funeral home Tuesday, at 10:00 AM on December 30, 2014. The burial will follow at the Pleasant Ridge Cemetery, Aldrich, Missouri.
All arrangements have been entrusted to Pitts Chapel Bolivar, Missouri.