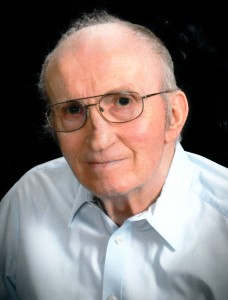 Robert Oden Phiffer, age 81, of Springfield, MO, passed away Saturday, September 12, 2015 at Maranatha Village. He was born June 10, 1934, in Friend, NE, to Willard and Maude (Oden) Phiffer, Sr. He served in the U.S. Army. Robert was united in marriage to Phyllis Fulk on August 15, 1954 in Horton KS. Robert began his career with Frontier Airlines, in Casper Wyoming, after two years in the service he worked at North Platte, NE, and eventually transferred to Springfield, where he retired, Robert and Phyllis owned and operated Broadway Laundry. Robert had many loves in his life, the Fourth of July and spending time at the lake, but his greatest love was spending time with his family. Robert enjoyed flying, he received his pilot’s license in the late 1960’s and even built a plane in his garage. While stationed in Germany, Robert and Phyllis had the opportunity to attended the World’s Fair in Brussels. Robert loved to work with his hands building several clocks and a train table for his daughters. He always joked that he was a Jack of all trades, and a master of none.
He was preceded in death by his parents,Willard and Maude Phiffer, Sr.; son-in-law, Derek Lanksbury; one brother, Willard Phiffer, Jr. He is survived by his loving wife, Phyllis Phiffer, Springfield, MO; two daughters, Victoria Gorley and husband Mark, Springfield and Lynnette Lanksbury, Ash Grove; two grandchildren, Dylan Gorley and wife Nicole and Tyler Gorley and wife Lindsey; one great-granddaughter, Ellie Gorley; and a host of nieces, nephews, family, and friends.
A celebration of Robert’s life will be at 1:00 pm, Monday, at Greenlawn Funeral Home North. Burial will be held in Greenlawn Memorial Gardens, Springfield, MO. Memorial contributions may be made to the Alzheimer’s Association and Integrity Hospice. Services have been entrusted to Greenlawn Funeral Home North, Springfield, MO.