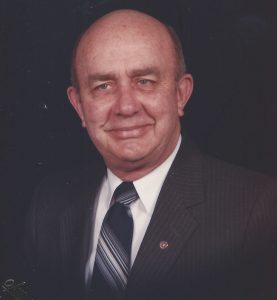 Dr. Robert “Bob” Rose age 88 of Branson, Missouri passed away on October 3, 2016 at St. Luke’s Hospice House in Kansas City, Missouri.
He was born on February 24, 1928 in Vandalia, Missouri the son of Howard M. and Bess Calhoun Rose. He received his Phd. in Business and had taught or worked in administration in education from 1953 until his retirement in 1992 as a professor at the University of Central Missouri in Warrensburg. He and his wife made their home in Branson, Missouri since 1992. He was a U.S. Army Veteran. Bob had worked as a volunteer at Cox Medical Hospital in Branson for ten years and attended the Branson United Methodist Church. He was united in marriage to Elsie Masteller on August 16, 1953 in Denver, Colorado and to this union was born two children.
Survivors are his wife of 63 years, Elsie Rose of the home in Branson. Two children, Janet Alexander and husband Arward of St. Joseph, Missouri and Dr. Doug Rose and wife Cindy of San Jose, California. Two grandchildren, David Alexander and wife Megan and Christopher Alexander and one great grand son, David Alexander, Jr.
He was preceded in death by his parents and a brother, William Rose.
A Memorial service will be held on Saturday, October 8, 2016 at the Branson United Methodist Church with Pastor Doyle Carroll officiating. Burial will be at a later date.
Visitation will be on Saturday from 1:00 PM until service time at 2:00 PM.
In lieu of flowers memorial contributions are suggested in his memory to the Taneyhills Library or Doctors Without Borders.