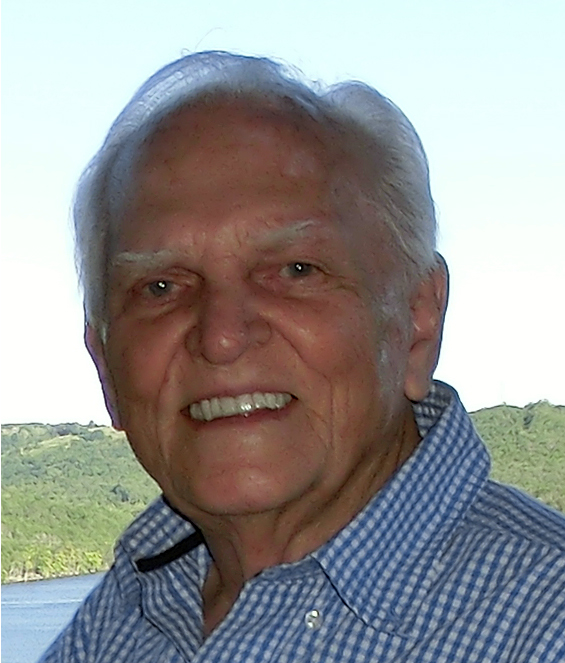 Robert T. “Bob” Hubbard, son of the late H.E. “Sam” Hubbard and Grace Irene Hubbard, was born July 3, 1928 in Chaffee, Missouri and passed away September 7, 2020 at his home in Branson, Missouri.

Bob was preceded in death by his loving wife, Reba, a son Michael, who died at five months of age, and his brothers Walter and Lewis.

Bob is survived by his son Tom and his wife Penny of Ridgedale, Missouri, daughter Nancy Kyd and grandson Joseph Kyd, both of St. Louis, Missouri.

Bob spent his school years in Monett, Missouri where he was active in music and entertainment activities. He graduated from Monett High School and Monett Junior College and attended Missouri State University. While living in Monett he formed the Four H’s gospel quartet.

In 1947 The Matthews Brothers quartet needed a lead singer and bass singer to replace two brothers who decided to pursue the ministry full time. Bob and his Four H’s bass singer, Cully Holt, joined Bill and Monty Matthews to form The Jordanaires quartet. Bob Money was the pianist.

The Jordanaires were regulars on KWTO (Springfield) radio Korns-A-Krackin road show and the All Night Singing circuit in the Midwest where they appeared with top gospel groups like The Goodman Family, The Blackwood Brothers and The Statesmen Quartet.

After seven months of regular appearances on KWTO radio and doing personal appearances throughout the Midwest, The Jordanaires auditioned to be regulars on the Grand Ole Opry in Nashville, Tennessee. They were auditioned by country music star Red Foley and were hired on the spot to be regulars with Foley, Minnie Pearl and Rod Brasfield on the NBC radio portion of the Grand Ole Opry. The Jordanaires continued on the Opry for many years.

The Jordanaires became the favorite back-up group for all three major recording studios in Nashville including RCA Victor, Decca and Capital. They backed many of the Nashville stars and others including Tennessee Ernie Ford and Patti Page.

Bob was married to Reba on June 25, 1950 on her parents’ farm just west of Springfield, Missouri. They lived in Nashville until Bob was drafted into the U.S. Army in April 1952.

After Bob served two years in the Army during the Korean War, he was called on to be a member of the Foggy River Boys Quartet to perform with Red Foley who was starring on the Ozark Jubilee which broadcast on the ABC television network from Springfield, Missouri. Bob was with the group on the first four Ozark Jubilee shows.

Bob and Reba then moved to Joplin, Missouri where Bob worked in the television broadcasting business. During their time in Joplin they were active members of the South Joplin Christian Church. Bob was a lay minister serving many churches in the area.

In 1974 Bob and Reba moved to Branson, Missouri where Bob was the lead singer for the Foggy River Boys quartet which he had re-formed some years earlier. The Foggies, as they were often called, had a 900-seat theater on “the strip” in Branson. Bob retired in 1993.

Bob was a 32nd Degree Freemason and a member of both the Scottish Rite and York Rites of Free Masonry and a Knight Templar.

Bob was a volunteer at Christian Action Ministries (CAM) of Branson and was, for many years, the Master of Ceremonies for the CAM annual Gospel Sing held at the Sight and Sound Theater in Branson.

Bob was a director of the First State Bank of Purdy, Missouri for twelve years serving with the owner and Bob’s best friend, Glen Garrett.

Bob was always busy with his business, family, friends, the ministry and helping others whenever he could. Bob said “When the end comes for me, they will carry me off the field, not out of the bleachers.”

His first loves were his family and his church. Bob was a devoted husband, father, grandfather and friend. He will be greatly missed.

A Celebration of Life service will be held at 1:00 pm, Saturday, November 7, 2020 at the Grand Country Music Hall on Highway 76 in Branson. Due to Covid-19 please wear your face mask. No flowers please.

Donations can be made to the Branson Christian Church or Christian Action Ministries in Branson.

If you would like to watch his Celebration of Life Service on YouTube then you can at the following link: https://www.youtube.com/watch?v=lYS_V6xSG7k