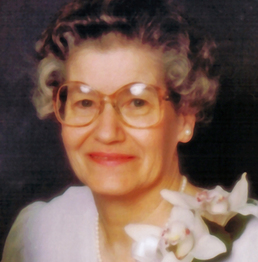 Roberta “Bobbie” Jean Eldred, age 83, passed away on February 16, 2020 in Houston, Texas. She was born on July 15, 1936, the youngest of eight siblings, born to Josh and Edna (nee Coones) Starkey, in Cassville, Missouri. When Bobbie was a young teenager she and her family moved to Springfield, Missouri. After graduating Central High School, she attended Burge School of Nursing. While in nursing school, Bobbie met the love of her life, Jesse Lee Eldred, and left nursing school to marry him on October 28, 1956. After marriage, Bobbie worked briefly for North American Van Lines as their Office Manager before leaving to devote herself full time to raising her family.
Bobbie was a founding member of both Crestview Church of the Nazarene and Faith Christian Fellowship. Known for her faith, Bobbie had a servant’s heart. She loved her church family, devoting herself to teaching children’s Sunday School as well as being a caretaker of both the congregations and the church buildings.
Bobbie was dedicated to her family and was often considered the storyteller, passing down family anecdotes that chronicled back to her Mayflower ancestry. She cherished her family’s history and heirlooms and enjoyed telling all the anecdotes and stories behind each treasure.
Bobbie’s beloved Jesse preceded her in death on March 7, 2015. She is survived by her sister, Ann Peters; her sons, Woody and Ben; daughter-in-law Cary; granddaughters, Morgan Rigg (nee Eldred) and Leah; and a grandson by marriage, Evan Rigg.
Visitation will be held on Monday, February 24, from 2:00-3:00 p.m. at Faith Christian Fellowship, 1535 St. Louis Street in Springfield, followed by a funeral service at 3:30 p.m. also at the church. Burial will follow at Greenlawn Memorial Gardens, 3506 N. National Ave. in Springfield.

Proverbs 31:10-12
Who can find a virtuous woman? for her price is far above rubies.
The heart of her husband doth safely trust in her, so that he shall have no need of spoil.
She will do him good and not evil all the days of her life.