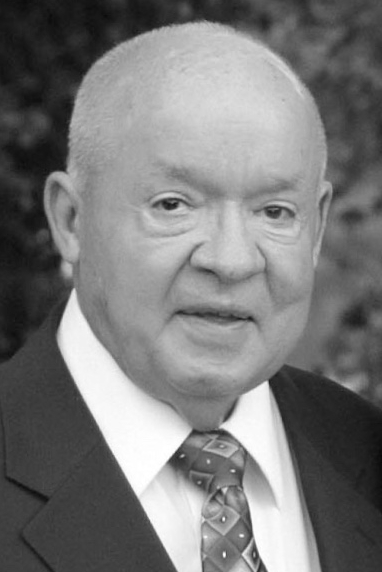 Dodd, Ronald ‘Ron’ Eugene Sr. (February 21, 1940 – October 26, 2018)
Ronald E. Dodd Sr. went to be with Jesus on October 26, 2018, at the age of 78.
Born at his family’s farm in Frame, West Virginia, Ron was a veteran of the United States Navy, serving as a corpsman in the United States Marine Corp. Upon an honorable discharge, Dodd started his career building homes with his brother Jack. He met and married the love of his life Karen on April 27th, 1962. After giving his life to Jesus, he moved his family to Lynchburg, VA where he joined the staff of Dr. Jerry Falwell. He worked as head of buildings, grounds and security, and helped to build the first building on the mountain at Liberty Baptist University.
In 1977, he began his lifelong sales career in the church furniture business. In 1979 he moved his family to Springfield, Missouri. Ron’s career in the church furniture industry spanned over 30 years which lead to he and his family creating Covenant Manufacturing Company in Ozark, Missouri. He retired in 2010.
Ron loved his family, his friends and his Church. He dedicated his life’s work to helping churches build and grow across the Midwest. Dodd was a member of James River Church in Ozark, Missouri where he served in many areas including being a member of the charities board. He loved children and working in the nursery.
He is survived by his wife and best friend of 56 years, Karen. His son Ronnie and daughter in law Melisa Dodd of Ozark, MO. Son Jon and daughter in law Liz Dodd of Springfield, MO. Grandchildren Blake, Brady, Brock, and Katelee Dodd. Step grandchildren Chloe and Riley Boggs. Sister Connie and brother in law Ted Fields, sister in law Joanne Dodd and many nieces and nephews.
He is preceded in death by his parents Roy Blake and Juanita Dodd, and Brothers Jack and Gary Dodd.
A Celebration of Ron’s life will be held on Friday, November 2nd at James River Church’s West Campus, 3953 W Farm Road 168, Springfield, with Pastor John Lindell officiating. Visitation will be from 10:00 am -12:00 pm with the service immediately following at 12:00 pm. Interment with military honors will follow at the Springfield Veteran’s Cemetery at 5201 S. Southwood Road, Springfield.
In lieu of flowers or gifts, memorial donations in memory of Ron can be made to The Wounded Warrior Project via a gofundme account on behalf of his grandchildren’s choice of charity. Link to donate: https://www.gofundme.com/ron-dodd-sr-veterans-memorial-fund