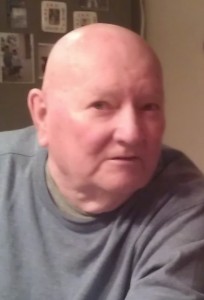 Ronald Gene “Ronnie” Smith, 78, of Ozark, MO passed away January 30, 2016 at Cox Medical Center South in Springfield, MO.
Ronnie was born February 16, 1937 to Chauncey and Alberta Smith in St. Louis, MO. He graduated from East St. Louis High School where he was a standout athlete, leading his football team to a four year undefeated record. He later attended Missouri Valley College in Marshall, MO. He served six years in the United States National Guard. Other organizations where he contributed his service were The Lions Club and The Moose Lodge.
Ronnie married Dolores Kroenung May 29, 1964 in Belleville, IL. He was a Master Electrician and was a member of the IBEW 176 of Joliet, IL and IBEW 309 of St. Louis, MO.
He was preceded in death by his parents and his brother Vernon.
Ronnie is survived by his wife of 51 years, Dolores; his daughter Jill Randolph and her husband Alan; a grandson Nathan Salinas; five nieces Pam, Kim, Terry, Pam, and Donna and a nephew Bryan.
A celebration of life will be at 6:00 P.M. Thursday, February 4, 2016 at Greenlawn Funeral Home East with a visitation following. Inurnment will be at a later date at Greenlawn Memorial Gardens.