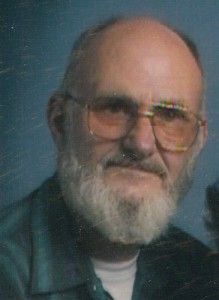 Ronald Lloyd Privett, age 79, of Springfield, MO, left this world on Easter Sunday, April 5, 2015 while in his home, following declining health. He was born January 27, 1936, in Springfield, MO, to Leonard and Luna (Davenport) Privett. He was a member and proud parishioner of the Charity Baptist Church, he also served as a minister at Fender’s Chapel, in Brighton, MO He served in the United States Army during the Korean Conflict and had worked as an auto mechanic for 66 years. He cherished his family, music and woodworking.
He was preceded in death by his beloved wife Ida Jean Privett, his parents, and one sister; Juanita J. Henslee. He is survived by his children; Kenneth Lloyd Privett, and wife Tenya of Ozark, MO; Kathleen Lynette Pettus, St. John’s, AZ; Ronda Sue Wetter, and husband Marvin of Callaway, FL, Elizabeth Ann Gill, and husband Mike of Springfield, MO Dianna Lynn Lawson, and her husband Scott, of Wasilla Ak; Sharon Lavae Eich, and her husband Mike, Conway, MO, 13 grandchildren and 19 great-grandchildren. He is also survived by his siblings; Bud Privett, Springfield, MO; Wanda Hall, Springfield, MO; Jim Privett and Howard Privett, Sedalia, MO; Janet Cline, Ava MO; Tony Privett, Bolivar, MO; Nancy Sumpter and David K. Privett, both of Nixa, MO. Ron is also survived by many cherished friends and faithful caregivers.
Visitation will be held from noon to 1:00 p.m. on Thursday, April 9, 2015, with funeral services to follow at 1:00 p.m. in Greenlawn Funeral Home North. Burial will follow in Greenlawn Memorial Gardens Services have been entrusted to Greenlawn Funeral Home North, Springfield, MO. Online condolences may be made at www.greenlawnfuneralhome.com.