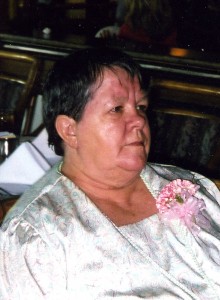 A Memorial service for Roseleen Cox age 75 of Hollister, Missouri will be held at 12:00, Noon, Monday, March 28, 2016 at Greenlawn Funeral Home in Branson with Pastor Daniel Olsen officiating.
She passed away on March 26, 2016 at Golden Living in Branson, Missouri.
Roseleen was born on January 12, 1941 in Washington County, Missouri the daughter Lincoln and Lonnie Johnson Cover. She was a homemaker and of the protestant faith. She loved fishing.
Survivors are her children: Lindell Cover (Sandra) of South Houston, Texas, Carl Huskey (Samantha) Potosi, Missouri, Donna Declue (Dan) Hollister, Missouri, Timothy Cox and Eugene Cox both of Hollister, Missouri, Regina Murray (John) of Poplar Bluff, Missouri, Michael Cox (Amber) of Hollister, Missouri, Gregory Cox (Gracie) of Reeds Spring, Missouri and Rick Huskey of Piedmont, Missouri. One brother, Donald Cover of Potosi, Missouri and one sister, Vivian Woods of Potosi, Missouri. There are numerous grandchildren and great grandchildren. She was preceded in death by her parents, a son, Dennis Huskey, two sisters, Dorothy Callahan and Belle Downard and two brothers, Elwood Cover and Junior Cover.