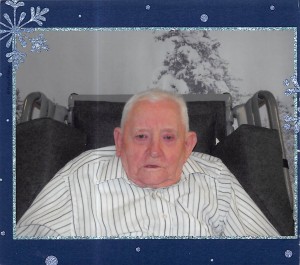 Roy C. Francis was born in Koshkonong, MO. on March 1, 1926, the son of Franklin and Berta Huddleston Francis. He entered into eternal rest on March 9, 2016 at the age of 90. He married Mary Francis Rose on April 9, 1951 at Salem, Arkansas. They have lived in Springfield, MO since 1958. Roy was baptized into the Baptist faith at an early age. He served as Deacon for several years. He is survived by one brother, Franklin (Pete) of Independence, MO., one sister; Thelma Russell of Koshkonong, MO. Also surviving, are a host of nephews, nieces, and friends. He is preceded in death by three loving, precious children; Loy Ivan, Dan Roy, and Dena Ren, his parents, five siblings; Freda Clark, Floyd Francis, Charlene Parent, Modena Rose, J.R. Francis, Evelyn Thomson, Wanda (Squeak) Jackson, Duane Francis, and lots of aunts, uncles, nieces, nephews, and friends. R.C. worked for the city of Springfield, MO for 27 years, and he served in the U.S. Navy during World War II. Visitation will be Tuesday, March 15, 2016, 5:00-7:00pm, at Greenlawn Funeral Home North. Funeral service will be Wednesday, March 16, 2016, 1:00pm, also at Greenlawn North. Interment will follow in Greenlawn Memorial Gardens.