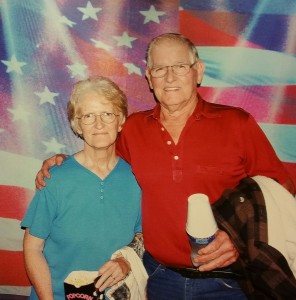 Roy Ray Smith, 72, of Strafford, MO passed away April 16, 2016 at his home in Springfield, MO. with his family by his side. Roy was born March 6, 1944 to Ray and Jessie (Wilson) Smith. He served two years in the United States Army, one year of that fighting for his country in Vietnam. Roy settled down in Springfield, MO. with his wife, Sue. In this marriage they had one son, Darrell and a daughter, Debbie. He was self-employed with “Roy’s Remodeling Co.
Roy was preceded in death by his parents; Ray and Jessie Smith, his brother; Tommy Smith and brother-in-law; Tom Pitts. Roy is survived by, his wife, Sue (Johnson) Smith, his son; Darrel Smith (Alisha) Springfield, MO and his daughter; Debbie Smith, Springfield, MO, three brothers; Robert Smith (Paula) Marshfield, MO, Randy Smith (Daphne) Strafford, MO, Danny Smith (Tracy) Strafford, MO. He Has five sisters; Cynthia Gurley (Roy), Springfield, Mo.; Jeanne Tuttle (Truman), Springfield Mo, Brenda Pitts, Springfield, Mo, Linda Allie (Warren), Willard, Mo., Dessie Robb (John), Rogersville, Mo, and three grandchildren; Shylynn, Tyler, Daryl and one great-grandson: Jayven.
Funeral sevices will be held at 10:00 a.m. Friday, April 22, 2016, at Greenlawn Funeral Home North, Springfield, Mo, with Jim Kendrick officiating. Burial will be held at Missouri Veterans’ Cemetery, Springfield, at 2:00 p.m. Friday.