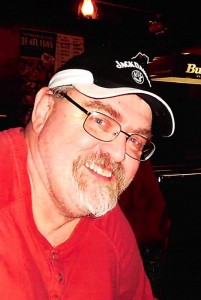 Roy William Goodin of Strafford Mo, departed this life for his heavenly home on April 5,2015. He was preceded in death by his father and mother, Raymond and Wilma Goodin. He is survived by his loving wife of 32 years Loretta, children; Heidi Goodin (Tim), Ron Burke, and Jarrett Burke (Kim), and one sister Sue Carter (John). He is also survived by a nephew Jason Carter, many cousins, and the pride and joy of his life, his grandchildren, Dylan, Madelyn, Alysia, William and Katey.
RW. was much more than a husband, grandpa and brother. He managed to share his life with hundreds of Strafford youth as he coached them in baseball and basketball. He wanted to make a difference in their lives. He was employed at Zenith for 23 years and then retired from Strafford High School. He enjoyed his life to the fullest and will be missed greatly. Visitation will be at Greenlawn East on Wednesday ( 8th) 6:00-8:00 p.m.

The service will be held Thursday, April 9, 2015 at 11:00 a.m. at Greenlawn Funeral Home East in Springfield, MO. Visitation will be from 6:00 – 8:00 p.m. Wednesday at the funeral home. Burial will be in Dishman Cemetery, Strafford, MO. In lieu of flowers you may donate to the Strafford Senior Citizens Center, where he loved to play pool.