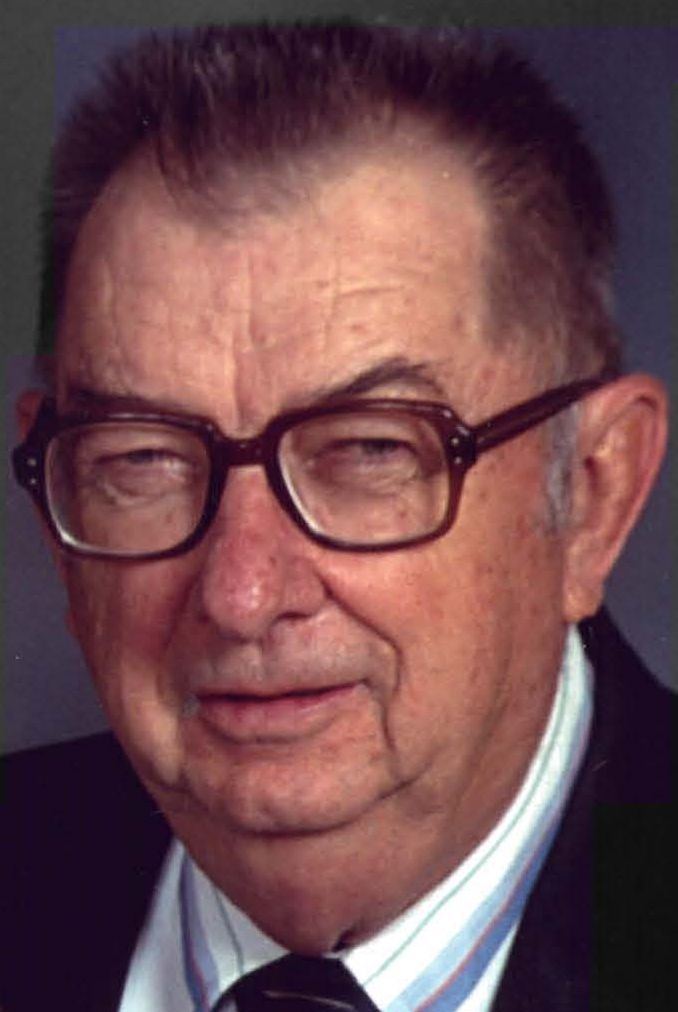 Salem F. Hagewood was born in Newton County, MO, the younger of two children of Benjamin Hagewood and Anna Minnie (née Hasselbring) Hagewood, who were farmers. He was baptized at Trinity Lutheran Church in Sarcoxie, and was an active and devout member of the Lutheran Church, Missouri Synod throughout his life. Salem attended school in Sarcoxie, and graduated from Sarcoxie HS in 1944. He worked briefly in Kansas City as a welder before enlisting in the Army in 1946. After basic training, he was stationed in Panama, then Texas, where he trained as a medic. He served in MASH units during the Korean War, where he was awarded the Korean Service Medal with two Bronze Stars.

He married Dorothy M. Robb on May 23, 1953 at Aurora Methodist Church. After their marriage, they lived in Germany where Salem was stationed at Landstruhl Army Medical Center in Kaiserslautern and Dorothy worked for the Judge Advocate General. After they returned to Missouri, he was stationed at Ft. Crowder and Ft. Leonard Wood, where their two daughters, Diana and Cathy, were born. Salem served as a senior operating room technician and also was involved in training others. In 1966, Salem returned to Korea before retiring from the Army in 1967. After his retirement, Dorothy and Salem moved to Springfield, where Salem worked for the US Postal Service as a letter carrier.

Throughout his life, Salem enjoyed the outdoors, hunting and fishing, and was knowledgeable about plants and wildlife. He enjoyed history and photography. He and Dorothy went to Europe several times with church tour groups. With Dorothy, he participated in Audubon Society bird counts and activities. Family vacations involved camping extensively in National Parks and wildlife areas, particularly in the Southwest and Northern Great Plains. In retirement, Salem spent time traveling, fishing with friends, volunteering with Meals on Wheels and other service groups, and gardening. He fought an unyielding battle against groundhogs and deer who dared to invade his garden.

At the time of his death, Salem was a resident of the Missouri Veterans’ Home in Mt. Vernon, Missouri. He passed away at Mercy Hospital in Springfield, Missouri, eight days after testing positive for Covid-19.

Salem was a faithful member of Trinity Lutheran Church in Springfield for over 50 years, where he served as an elder, a member of the Lutheran Laymen’s League, an usher, and a church van driver. Salem was preceded in death by parents, Benjamin and Minnie Hagewood, his sister Dorothy (Dot) Larson, his wife of 66 years Dorothy Hagewood, and one grandson, Jamie Smith. He is survived by his daughters and sons-in-law, Diana and Joe Smith of Washington, DC, and Cathy and Stephen Elkins of Raleigh, NC; three grandchildren: Douglas, Lydia, and Mikaela; one great-granddaughter, and two great-great-grandchildren.

Visitation will be held Thursday October 8, 2020, at 10 am at Trinity Lutheran Church in Springfield, Missouri followed by a service at 11 am with Pastor Nick Hagerman officiating.  A private interment for family will be held at the Missouri Veterans Cemetery.  In lieu of flowers the Family has requested that memorials be made to either Trinity Lutheran Church Missouri or the Missouri Veterans Home at Mount Vernon Assistance League.

The service will be live streamed by the church – the link for the service is: https://www.youtube.com/channel/UCV9cISEMWhXWTLov2Ca0a7g