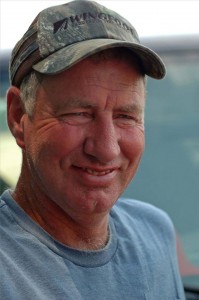 Samuel Wayne Easterly, of Strafford, Missouri, left this world on Wednesday, June 20, 2016. He was born to William M. and Eva Louise (Bass) Easterly, Jr. on November 2, 1953, in Springfield, Missouri.
After graduating from Strafford High School, Sam continued working with his family in the farm business and helping anyone that needed it.
He is survived by his step mother Martha L. Easterly, brothers James W. (Donna), Rex E. (Melanie), Richard L. (Jackie), Robert J. and step sister Brenda J. McCorcle (Marc), and step brother John P. Fulbright (Angie). A loving aunt Mary Lou Wommack, a nephew Zachary J. Easterly (Marcy), nieces D. Michelle Easterly, Melanie D. Robinson (David), Kimberly A. Edwards (John), Katherine L. Gibson (Scott), a special friend Keri Trogdon and her son Ethan, as well as great nieces and nephews, other relatives and friends that will miss him dearly.
Sam was preceded in death by his parents, grandparents, several aunts and uncles, a step-brother, and two cousins.
Sam was not only a farmer, he was so much more. He could be considered a wheeler-dealer and professional junk peddler. He was not an auctioneer like his Daddy, but his Daddy is who sparked his love for auctions. He prized nature, International Harvesters, being with people, and his family. He valued a good story or practical joke. If you were part of his clan, which included family and friends, he would let you borrow or give you everything he had. He was the cautious one, who worried about the safety of others. If he thought you needed help with something he’d always say, “Here, here, here let me show ya something.” He lived his life not realizing the legacy he built and the reach it would have.
A memorial service will be held Sunday June 26, 2016 at 2:00 p.m. in the Strafford High School Gymnasium, Strafford, Missouri. In lieu of flowers, the family requests donations to be made to the charity of your choice.