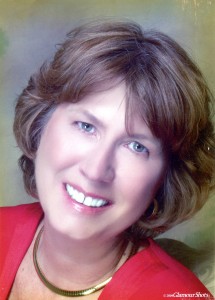 Sandra Kay Eagleburger, age 66, passed away peacefully on July 28th, 2015 after a nearly year-long battle with cancer. She was with her husband and son at the time.
She was born in Lynch, Nebraska to Dale and Goldie Mulhair on January 23rd, 1949. She graduated from Leeds High School in Sioux City, Iowa in 1967. On November 25th, 1967 she married Charles Eagleburger. Sandy’s passions were her son, Anthony Eagleburger and her husband of 48 years. She was devoted to her work as office manager at Packers Distributing, where she started in 1977 and worked for nearly forty years, up until she was diagnosed with cancer in August of 2014, and forced her to go part-time. Throughout her life she spent many years around sports. She enjoyed watching her son play ball, as well as coach. She would talk sports with her son and husband. She always looked forward to her Wednesday Night bowling league. She had many friends and good times at the bowling alley. Over the years, she spent many weekends at her & Charles’ lake house at Table Rock. Boating, soaking up the sun, and voraciously reading books. She could devour three or four books on a relaxing weekend at the lake. She followed politics and avidly supported the military and law enforcement. She had many friends in their lake neighborhood, Fairwood Acres. She also served as treasurer of the neighborhood association. Sandra was a tremendous friend to many people over the years. She was considerate, compassionate, selfless, and kind to a fault. Over the last year she was particularly inspirational to many, family, friends, and people she didn’t even know. She witnessed faithfully every day and displayed such a positive Christian attitude, that it overwhelmed people. From her immediate family, to doctors, friends, and to people she met through Facebook. She consistently maintained a positive, upbeat attitude on her “cancer journey”. She had a following of people who were inspired and motivated by her daily posts. This provided her, her husband and son with peace and comfort during her year-long battle with cancer. Sandra was preceded in death by her parents, her father and mother-in-law, Wilbur and Beulah Eagleburger, whom she had a special bond and always treated her like their daughter. She is survived by her husband of 48 years, Charles; her son Anthony, who she always proclaimed to be her sunshine; her brother, Al Mulhair of Atlanta, Georgia; her sister, Shelia Yingst of Sioux City, Iowa; and many aunts, uncles, cousins, nieces, and nephews. She was also devoted to her special four-legged friend, Quincy, who would always greet her with noises and a huge smile.Special thanks go out from Charles and Anthony, on behalf of Sandra, to JD, Mark, Teresa, and Mike Melton. Also, thanks to the entire Packers Distributing Company “family”. She spent nearly forty years at that company, and the kindness that was shown to Sandra, Charles, and Anthony during this difficult cancer journey will never be forgotten. Also, thanks to Seasons Hospice, Chaplain Elizabeth, and RN Casey, who could no wrong. All the staff at Seasons was so kind, caring, and helpful. Their care, kindness, compassion, and attention to detail were very much appreciated by the family.
Services for Sandra will be Tuesday, August 4, 2015 in Greenlawn Funeral Home South at 11:30 a.m. Burial will be in Missouri Veterans Cemetery at 1:00 p.m. Visitation will be Monday evening from 5 to 7 p.m.
Please NO FLOWERS… In lieu of flowers, Sandra would like people to donate to their charity of choice, on her behalf. She would like a contribution to:
Macedonia Baptist Church; 3110 W. Sunshine; Springfield, MO
Seasons Hospice; 1831 W. Melville Rd; Springfield, MO
Or to any Disabled Veteran organization
In conclusion, in Sandra’s signature “tag line” to her daily posts over the last year: Peace and love to all!