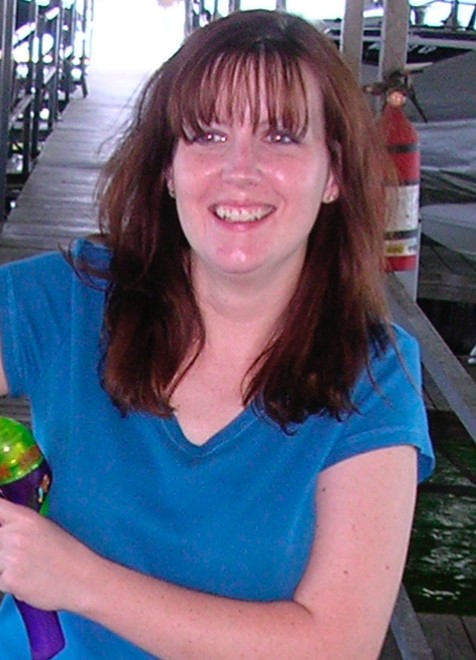 Shelley was so beautiful inside and out. Many believe that she never even knew it. She was a sweet and loving lady who loved her Lord with all her heart. She was so caring, maybe too caring for this world. She was sweet, funny, and mischievous, and she had a smile that could light up a room.  She is with her Lord now asking all kinds of things. She had a thirst and curiosity for knowledge and searched for the answers she needed.

Her boys, Chandler and Spencer, were her world. She loved them and encouraged them to be the best that they could be. She succeeded. They are wonderful young men. There is a void in all our hearts that can never be filled because she is gone.

She picked on her brother, in a good-natured way, from the time he was born until she died; it was just something she needed to do. She played tricks on him and teased him unmercifully but he took it in good humor. They had a loving relationship but didn’t want anyone to know that.

She loved easily and hurt deeply. She was the sunshine in many people’s lives.  She had a wide range of experiences having lived in Missouri, Illinois, Texas, Florida, Nebraska and Georgia.

Shelley will be missed by the multitudes that are left behind but we will look forward to seeing her again and we will have a celebration with Jesus. She fought the good fight, and finished the race. She kept the faith and there is a crown of righteousness that will be given to her.