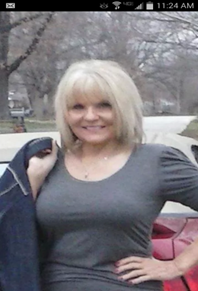 Shirley Ann (Jordan) Brashers 65, passed away on November 28, 2014 at Cox South Hospital in Springfield, MO. Shirley was born May 24, 1949 in Alliance, Nebraska and was a resident of Hemingford, Nebraska for 18 years. Shirley was married to Mike Brashers on January 15, 1969. This union lasted for 41 years. She lived in Marionville, Missouri since 1973. She was an employee of Race Brothers for 15+ years. Shirley was preceded in death by her parents; Chester Glen Jordan and Eva Marie (Hopkins) Jordan, and 2 brothers; Kenneth Jordan and Robert Jordan. Shirley is survived by her ex-husband Mike Brashers, 3 daughters; Amanda Brown, Misty Brashers, Brandy Massey, 1 son Brandon Brashers, 6 grandchildren, 3 great-grandchildren, and nephew Dan Jordan. Shirley loved animals and her family called her a pet collector. She was an avid Black Friday Shopper. Shirley was a precious lady. She was deeply loved and will be truly missed. Shirley requested cremation and to be returned to Nebraska.