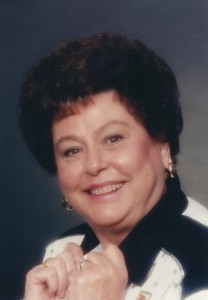 Shirley C. (Heideman) Litteken, 83, of Springfield, MO, died Saturday, December 12, 2015, at Cox South Hospital after a short illness.
Shirley was born September 25, 1932, at St. Louis, Missouri, to Leslie R. and Lillian Heideman. She graduated from Normandy High School and Miss Hickey’s Secretarial School, St. Louis, Missouri. On April 4, 1959, Shirley married August J. “Gus” Litteken of Aviston, Illinois. Gus preceded her in death on August 9, 2015.
Shirley is survived by her daughter, Deborah Sue Litteken, and her partner, Jon Wessel, of Springfield, MO; daughter, Teresa Catherine Weber, and her husband, Kevin, of Claremore, OK; daughter, Dawn Marie Dake, and her husband, Chris, of Rogersville, MO. She is also survived by three grandchildren, two great-grandchildren, a brother and sister-in-law, and many nieces, nephews and friends.
Visitation will be Wednesday, December 16, 2015 from 6:00-8:00 p.m. at Greenlawn Funeral Home East in Springfield, MO. Funeral services will be Thursday, December 17, 2015 at 11:00 a.m. at the funeral home. Burial will be at Missouri Veterans Cemetery Springfield, MO following the services.