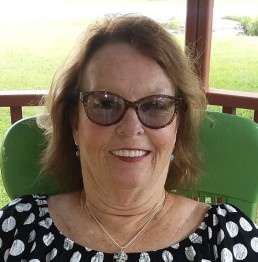 Mrs. Shirley Ann Catron, age 67 of Bolivar, MO, passed away Monday, March 16, 2020, at Citizens Memorial Hospital Bolivar, MO. She was born July 18, 1952, in Glendale, CA, to William Thayer and Violet Joan Lumpkin. She was united in marriage to Ernest Dean Catron May 23, 1980. Shirley always tried to find a bargain weather it was at Wal-Mart, or a yard sale, etc.
She is preceded in death by her parents; and two brothers: David and Mike Lumpkin.
Shirley is survived by her husband of 39 years Ernest of the home; one son Michael Hopper of Bolivar, MO; four grandchildren: Ray West, Elizabeth Price, Austin Hopper, and Sarah Hopper; three great grandchildren: Kayle, Emmett, and Harper; one step-brother Danny Kellogg of Los Angeles, CA; five step-sisters: Debbie LaBee of Bolivar, MO, Suzanne Letner of Lafollette, TN, Judy Long of Springhill, FL, Tammy Lumpkin of New Port Richey, FL, Kathy Hernandez of Dayton, WA; as well as many other relatives and friends.
According to Shirley’s wishes her body will be cremated. She will be inurned at the Missouri Veterans Cemetery at a later date. Online condolences may be made at: www.greenlawnfuneralhome.com. Arrangements have been entrusted to Pitts Chapel Bolivar, MO.