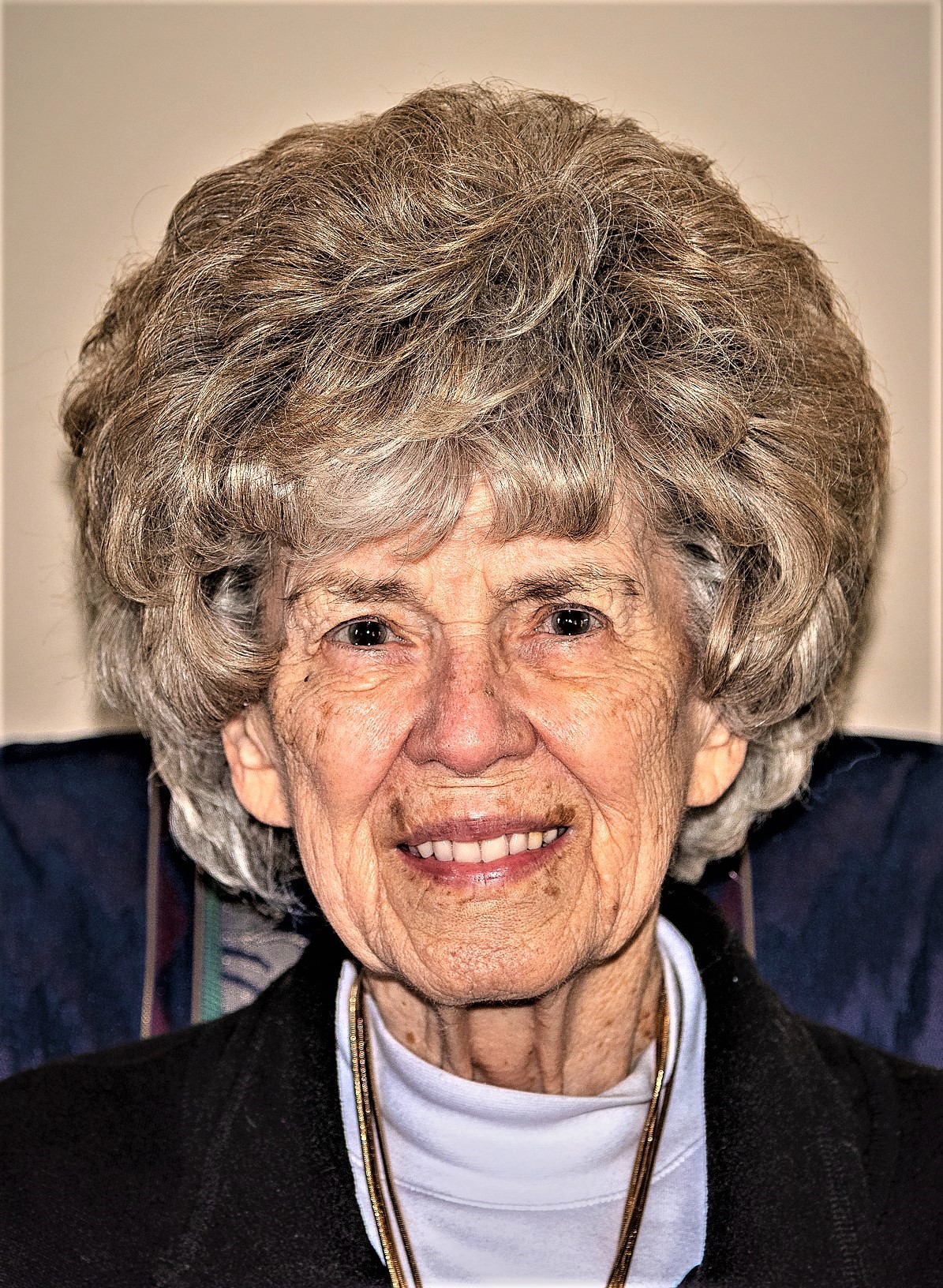 July 12, 1926 to January 13, 2020
On Monday, January 13, 2020, Shirley Marie Thompson, 93, wife of the late John Wesley Thompson passed away after a short battle with Dementia at Maplewood Alzheimer’s Special Care Center in Springfield, Missouri.
Shirley was born on July 12, 1926, in Power Lakes, North Dakota, to Ellis and Anna (Mollgaard) Rodenhizer. She graduated from Powers Lake, North Dakota High School and Central Bible Institute in Springfield, Missouri. She married John Wesley Thompson on December 28, 1949, in Springfield, Missouri, at Central Assembly of God. John and Shirley pastored numerous churches across America over their 50 years of ministry together. Depending on each church’s needs, Shirley held many different positions such as John’s secretary, Child Care Director, Church pianist/organist, and Sunday School teacher. Even after John passed away, she remained vibrant in her desire to minister to others. For example, she often would bake cookies and take them to someone in need, as well as, visit and pray with them. She continued to be involved in activities at Central Assembly of God and at Maranatha Village where she resided for over the past 10 years. She was a long-standing member of Central Assembly of God.
Shirley was a Godly example for her children, grandchildren, extended family, and friends. She will be remembered for being a prayer warrior, a woman of integrity and wise counsel, a trustworthy confidant, a great sense of humor, and a loyal friend.
Shirley is survived by her children ~ Sheryl Pastorek (Jim), Janice Slivon, and Stephen (Mary) Thompson; her grandchildren ~ Jonathan (Jon) Pastorek, Sarah Slivon, Sydney (Nikki) Thompson, and Cole Thompson; her brother, Bruce Rodenhizer of Mesa, Arizona; sister-in-law, Vivian (Earl) Rodenhizer, of Chicago, Illinois; and many nieces and nephews. She was pre-deceased by her husband, John; two brothers ~ Earl Rodenhizer and Wilbert Rodenhizer; and a sister, Lucille Slotsve.
A visitation will be held at 2:00 pm on Saturday, January 18, 2020, at Central Assembly of God Church. The funeral service will be held at 3:00 pm on Saturday, January 18, 2020, at Central Assembly of God Church. There will be no gravesite service.
In lieu of flowers, memorial donations may be made to the Alzheimer’s Research Foundation.