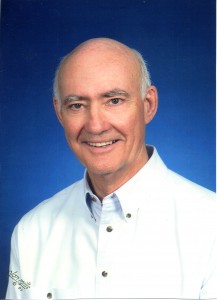 Smith Wildman Brookhart III
January 22, 1935 – April 4, 2015
A celebration of life began for Smith Brookhart on Resurrection Sunday after his life on earth ended Saturday, April 4. The celebration will continue at First Presbyterian Church, Branson, on Saturday, April 11th at 3 PM with Pastor Tom Willcox officiating. A reception will follow the service at the Branson Convention Center.
Smith was born on January 22, 1935 in Duluth, Minnesota to John and Marguerite Brookhart. He was a namesake of his grandfather, Iowa U.S. Senator Smith Wildman Brookhart and enjoyed his growing years with two siblings, Joanne Brookhart Devine and John Roberts Brookhart all of whom have preceded him in death.
He is survived and loved by his wife of 56 years, Gail Anderson Brookhart, three sons and their wives: Smith W. Brookhart IV (Chip) and Virginia of Atlanta, Georgia; James Anderson Brookhart and Tammy of Bentonville, Arkansas; and Thomas Gessner Brookhart and Debra of Tulsa, Oklahoma.
“Papa” Smith has proudly passed on his legacy to ten grandchildren: Allison Francis Brookhart, Casey Ann Brookhart, Parker Anderson Brookhart, Smith Wildman Brookhart V,
Stewart Arthur Brookhart, Abby Gail Brookhart, Hudson Daily Brookhart, Anderson Colar Brookhart, Weston Dio Brookhart and Everett Thomas Brookhart.
After graduation from East High School in Duluth, MN, Smith attended Iowa State College in Ames, Iowa and received his B.S. degree in 1957. Graduating as an ensign in the U.S. Navy, he served his country for two years traveling to many foreign countries including two Antarctic expeditions. After employment with Collins Radio Co. in Cedar Rapids, Iowa, a banking career began in Des Moines. The family moved to Branson in 1967 to accept a position with Peoples Bank & Trust Company offered by the late Ben Parnell. As Branson and opportunities grew, Smith became President and CEO of Ozark Mountain Bank and served in that capacity for 32 years until his retirement.
Smith was able to serve the community in numerous capacities. His leadership skills and interests centered on his Christian faith, influenced his family, his work and the Branson community. It was an exciting era in the development of Branson and much of what he worked for and experienced is evident today in the aspects of life in this area. His goals of customer service are still reflected in community banking today.
A dramatic turn in life came at age 69 when Smith received the gift of a heart transplant at Mayo Clinic in Rochester, Minnesota. Not expected, but needed, it gave him an added decade of life to witness his faith with purpose and priority and allowed all ten grandchildren to know their grandfather. He recently celebrated his “tenth” birthday of his heart on November 22, 2014.
Both hearts demonstrated strong character traits: integrity, loyalty, commitment, patriotism, humility and love of his fellow man. Smith would not want to be remembered for the accolades of his efforts, but for a life rich with friendships.
Memorials in Smith’s memory my be made to the Wounded Warrior Project (woundedwarriorproject.org), Heartlight Ministries (heartlightministries.org) or First Presbyterian Church Pre-School, 420 West Main Street, Branson, MO 65616.