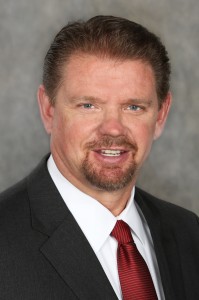 Stephen Kent Biermann was born Sept 29, 1959, and passed away on October 23, 2014 at the age of 55. Steve was born in St. Louis Missouri to Nancy and Harry Biermann and moved to Ozark Missouri in 1992.
Steve earned a Bachelor’s Degree from Evangel University, a Master’s in Education from Missouri State University, and a PhD from the University of Missouri-St. Louis.
Following several years of sales work in St. Louis, Steve joined the faculty of the Willard Missouri School District. In 2000 he was employed at Ozark’s Technical Community College where he has served in various administrative capacities including: Assistant to the President, Tech Prep Coordinator, Extension Site Developer and Coordinator, Dean of the Ozark Campus, and Dean of Technical Education.
Steve was active in community and professional affairs including the Ozark Chamber of Commerce, Ozark Rotary Club, Missouri Community College Association, and numerous other professional organizations. Additionally, he was an avid boater, loved horses, and founded Ozark Mountain Bullies – operating as an Award Winning breeder of American Bulldogs.
Steve was a wonderful person loved by his family and friends. He had a great sense of humor, magnetic personality and a get-it-done attitude. He was an acknowledged leader and succeeded in all his professional endeavors.
Steve was preceded in death by his father, Harry Biermann. He is survived by his mother, Nancy Biermann Allen and his stepfather Walter “Bud” Allen; sister Shari and husband Scott Ballard; children: Nicholas, Mitchell and wife Heather, daughter Stacey, and “Papa” to grandson Kingston Biermann. Also surviving him is his fiancé Tracy Haist.
A memorial service to celebrate the life of Stephen K. Biermann will be held at 6:00 pm, Monday October 27 at Greenlawn East Funeral Home with visitation following.
In lieu of flowers, memorials may be made to the American Cancer Society.