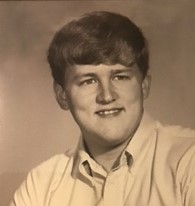 Stephen was born on June 12th, 1951 in Springfield, Missouri to Delbert and Wilma Smith (Easterday). He grew up in Springfield with his parents and 3 siblings and eventually graduated from Willard High School in 1969. Shortly after, he married his wife of 51 years, Suzanne Plumlee, on June 14th, 1969. Stephen and Suzanne stayed in Springfield to raise their three daughters close to family, and were self-employed in a variety of successful businesses until their retirement. Stephen loved to travel with his family, watch a good football game and always had a joke to tell or a trick to play on an unsuspecting family member. Our family has lost a loving husband, father, grandfather, brother and uncle. He will always be remembered and missed until we see him again.

Stephen was proceeded in death by his parents, Delbert and Wilma Smith, a brother Donald Smith, and his father in law, Winford Plumlee. He is survived by his wife of 51 years, Suzanne Smith (Plumlee), his three loving daughters, Jennifer, Stephanie, and Christy and Matthew Thomas and his two grandsons, Stephen Smith and his fiancé Sabrina. Lafferty and Carter Thomas. Stephen is also survived by his brother, David Smith and his wife Sharon, and his sister Carol Smith and her husband Jim, his Mother in Law, Joann Plumlee, 3 brothers-in-law Mike (Mary) Plumlee, Tim (Peggy) Plumlee, David (Teresa) Plumlee, and many adoring Nieces, Nephews, Cousins and extended family and friends.

Stephen will be remembered for his generous spirit and his incredible sense of humor. He will be dearly missed by his family, but we are comforted knowing he is again with his parents and his brother.