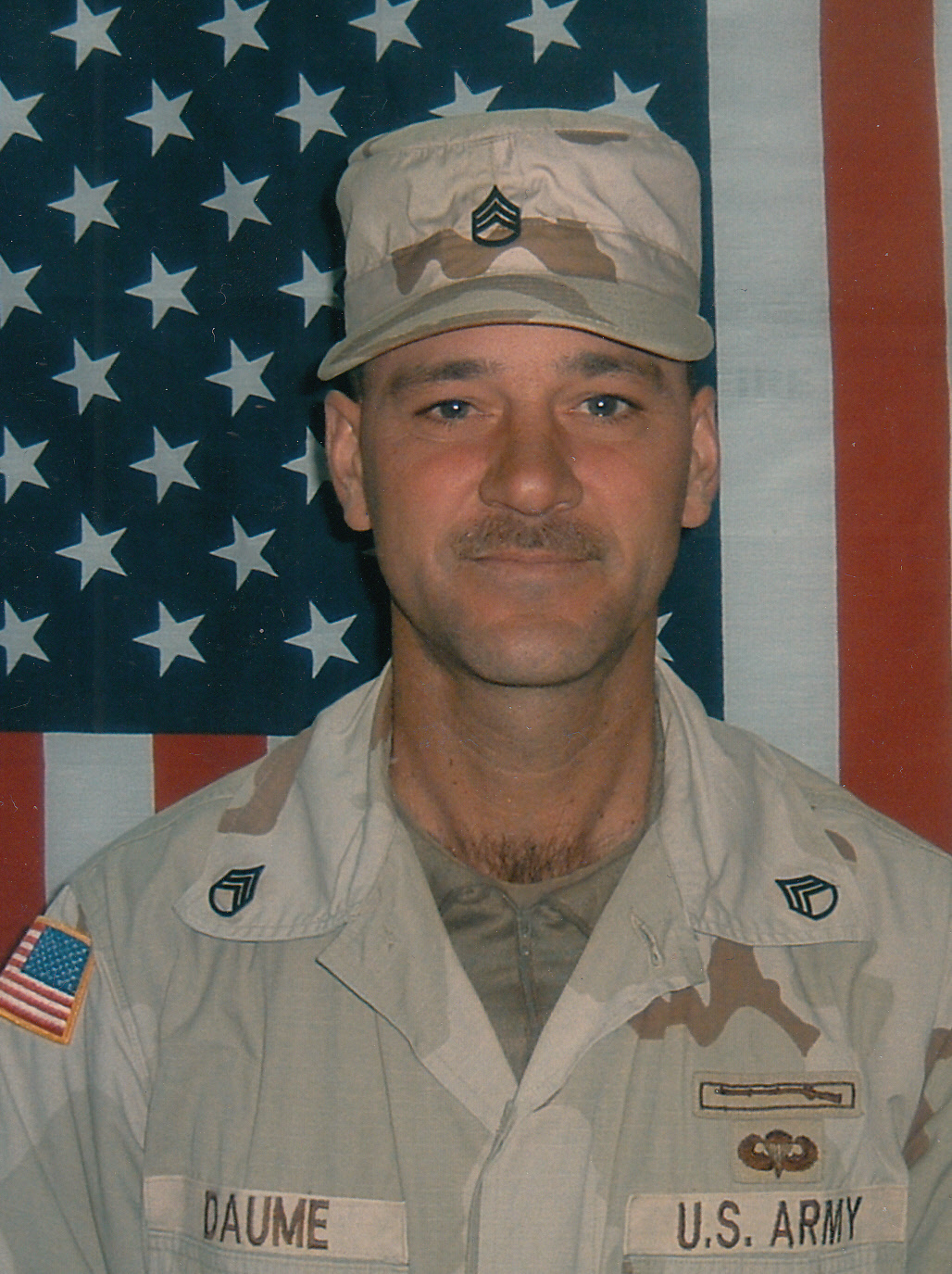 On August 29, 2018, the nation lost a decorated retired army ranger. Stephen Wayne Daume, 53, passed peacefully in his sleep. He was born May 5, 1965 in Crawfordsville, IN to the late John and Delores Daume. He left behind his loving wife and best friend of 28 years, Katherine Anne Jacoby Daume; daughter Suzanne Blake Nunn and his son-in-law Jacob Nunn both of Springfield; his siblings Roger (Kathleen) Daume, Daniel (Sherri) Daume, Carla (Alan) Bryant, and Kathryn (Jeffrey) Rihn. Also, surviving are his father-in-law Lester Jacoby, sister-in-law Shellie (Jason) Robertson of Springfield; many nieces and nephews and dear family and friends, along with his faithful dog, Ginger.
Stephen served in the U.S. Army for 23 years and was awarded the Bronze Star along with several other military commendations. He was a proud yet humble veteran, serving several tours of duty for his beloved country. Stephen was a good and brave soldier with God by his side. He was a loving father and husband full of kindness with a soft spoken manner and unique in nature. He was always willing to help a friend or stranger.
The visitation will be held from 6pm-8pm on September 4, 2018 with the memorial service at 1:00pm on September 5, 2018 at Greenlawn Funeral Home, 3506 North National, Springfield, MO 65803. A graveside military service will be held on September 10, 2018 at 10:00am at the Missouri Veterans Cemetery at 5201 South Southwood Road, Springfield, MO 65804.
His battle over. His mission complete. Heaven rejoices. Earth sorrows.