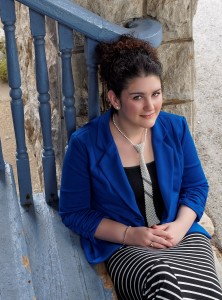 Tabitha Ann Triplett, daughter of Mark and Roxane Triplett, was born December 29, 1994 in Cox South Hospital in Springfield, Missouri. She departed this life on Tuesday, December 15, 2015 from injuries sustained in an automobile accident. She was 20 years old and only 2 weeks from her 21st birthday.
She was preceded in death by her biological grandfather, Joe Ortwein; her paternal grandparents, Kenneth and Ruth Triplett; her maternal great grandmother, Lena Mae Goodgion, and a nephew, Aaron Weaver who was also involved in a fatal automobile accident at the age of 16. Tabitha is survived by her father and mother, Mark and Roxane Triplett; her maternal grandparents, Charles and Jan Goodgion of Wichita Falls, Texas; an uncle, Rod Goodgion, also of Wichita Falls; 3 aunts, Jerri Young and her husband Larry of Springfield, Missouri; Linda Hamm and her husband Stan of Aurora, Missouri; Penny Ortwein also from Aurora; a number of nieces, nephews and cousins, as well as a host of other relatives and friends.
As an infant and toddler, Tabitha grew up in Aurora, Missouri. Through no fault of her own, she endured things that no child should ever see or be subjected to; however, in the dark shadows of abuse that hovered over her, she still managed to show compassion, loyalty and even love to the very ones who would seek to harm her.
Tabitha was in and out of foster care and eventually found herself in the home of her now aunt and uncle, Linda and Stan Hamm where she was completely surrounded by love. It was at this time that Mark and Roxane came to know Tabitha. Through the many birthdays and holidays spent in each other’s company, they quickly realized what a ray of sunshine she was and decided to become foster parents with the ultimate goal of adopting Tabitha and raising her as their own. This goal was realized when her adoption became final on February 15, 2005. That date, simply known as “Adoption Day”, was a day that was celebrated as a family each year.
The Triplett home was centered on God and worship. Tabitha was soon to learn the blessings of having a church family and was often heard saying, “These are the best people in the world!” Through study and this environment, she confessed Jesus and was baptized into His body. She truly loved her church family at Mission Hills Church of Christ.
Tabitha was a good student. She graduated from Kickapoo High School in 2013 with some college credits already under her belt and earned a few more the following year at Ozarks Technical College. Although she remained an academic under-grad, Tabitha was a master hugger! Her hugs were legendary and freely shared. Family, friends, pets and even trees were recipients of these doctorial level hugs. To say she was opinionated is an understatement, and she was often shocked if you didn’t share her opinion. After all, why wouldn’t anyone love twirly skirts, Elvis, Seinfeld, Lucy, garden gnomes and pie!
Ultimately, Tabitha was a loving daughter, grand-daughter, niece and friend. She was a giver. As an organ and tissue donor, we pray that her final act of charity will bring the gift of life, joy and sunshine to many families.
Memorial services for Tabitha will be held Saturday, December 19th at Greenlawn Funeral Home East located at 3540 E Seminole St in Springfield Missouri. Visitation will be from 10:00 a.m.-11:00 a.m., with the memorial service immediately following. Burial will be at Rivermonte Memorial Gardens located at 4500 S Lone Pine Ave in Springfield
Donations may be made to Mid-America Transplant Services 1110 Highlands Plaza Dr E #100 St. Louis, MO 63110-1350