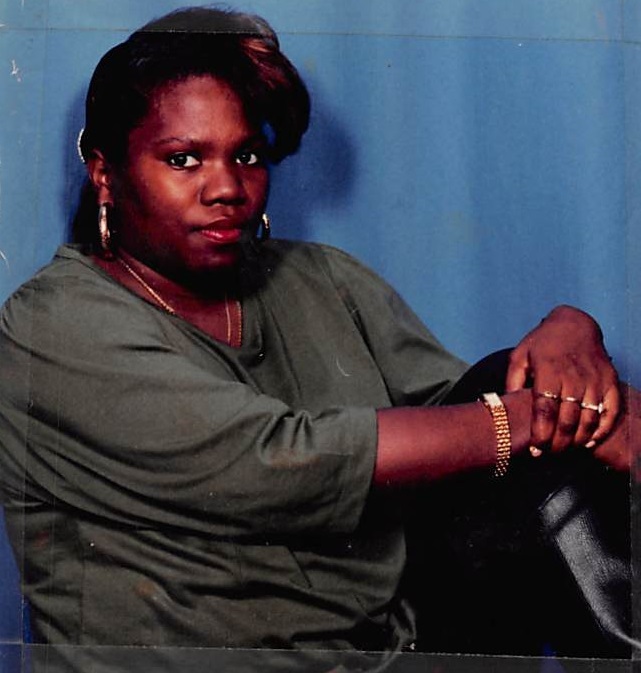 Mrs. Tanya E. Frazier was born December 22, 1968, in Kansas City, Mo. to the union of Robert and Olivia Griffin Sr. She was the eighth of eight children, 6 sisters and 2 brothers. Tanya attended Southeast High School, in Kansas City, where she graduated in 1987. While in High School, she ran track, 100 yard dash, and 440 relay. She received silver metals in her events and broke the record in the 100 yard dash.
Tanya was united in marriage to George Frazier, on May 6, 2004, to whom she remained faithful until her call home. To this union 4 kids were born. Tanya accepted the Lord Jesus Christ as her savior.
Tanya worked at K.U. Med. Center, from where she retired to being a housewife and mother. She loved watching other children as well as her own. She loved everyone's kids, she took care of them as if they were her own. She was known as Tinky Babie and Tink
Tanya passed away on October 26, 2018 at 9:35 p.m. She leaves to cherish her memory, her husband George Frazier daughter: Tanjanice Griffin, son: George Louis Alexander Frazier Jr. (LA), son: Charles Griffin, daughter: Destiny Griffin, her siblings: Kelvin Stevenson (Princess), of Oklahoma City, Oklahoma, Eunice Tooley ( Harold) of Kansas City, Mo. Corlis Griffin, of Kansas City, Mo., Rosalind Bradley of Kansas City, Mo., Vickie Herman (Kevin) of Kansas City, Mo., Robert Griffin Jr. (Carol) of Kansas City, Mo., Twana Parris ( Sammy) Kansas City, Mo., 9 grandchildren, and a host of nieces, nephews, relatives and friends.
A wake and visitation is planed for Saturday, November 3, 2018, from 2:00 p.m. to 4:00 p.m. at Greenlawn Funeral Home North, 3506 North National, Springfield, Mo. A memorial service, honoring Tanya will be held at a later date. After visitation, there will be a dinner at the Teamsters Union Building: 1850 East Division Street, Springfield, Mo. 65803