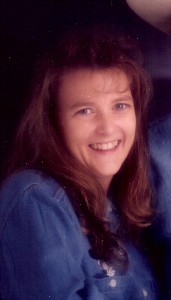 Tera Lee Gaver, 44, of Bolivar, MO passed away Thursday, July 2, 2015 at Cox South Hospital, in Springfield, Mo after a long battle with cancer. Tera Lee Mackey was born on January 25, 1971 to Joe and Judy Mackey of Bolivar.
She graduated from Bolivar High School in 1989, and attended State Fair Community College in Sedalia, MO, then MSU in Springfield, MO.
Tera married Earl Gaver January 1, 2004. Tera had 3 children, Cody Mackey, 20, Wyatt Gaver,11, and Cheyenne Gaver who preceded her in death at the age of 3 weeks.
Tera was saved as a teenager and joined Rural Hill Missionary Baptist Church where she remained a member.
Tera was known for her big smile and made many friends. She was always eager to help customers while working at Wal-Mart and Lowes. She was very proud of her boys and enjoyed attending their activities including Scouts and being room mom. Tera also enjoyed playing softball.
She was preceded in death by her daughter Cheyenne; grandparents, Eugene Hook, Earl and Martha Mackey; uncles Kenny Mackey, Larry Hillenburg and Richard King.
Tera is survived by her husband Earl, children, Cody & Wyatt; parents Joe and Judy Mackey; brother, Scott Mackey; sister, Crystal Hensley and husband Bryan; three nephews, Houston, Porter and Graham Hensley. Also surviving are her grandmother, Keitha Hook; four aunts, Janice Burdette and husband DeWayne, Nancy Hillenburg, Earlene King and Nancy Mackey-Dooley; one great aunt, Billie Mackey and several cousins, in-laws, and many friends.
Visitation will be Monday, July 6 from 6:00 – 8:00 PM at Pitts Chapel in Bolivar, MO. Funeral Services will be Tuesday, July 7th at 10:00 AM with Brother Brock Divine and Brother DeWayne Burdette officiating. Burial will be at 3:00 PM at Thomas Cemetery in Norwood, MO. Friends and family may leave condolences at www.greenlawnfuneralhome.com. Arrangements have been entrusted to Pitts Chapel, Bolivar, MO.