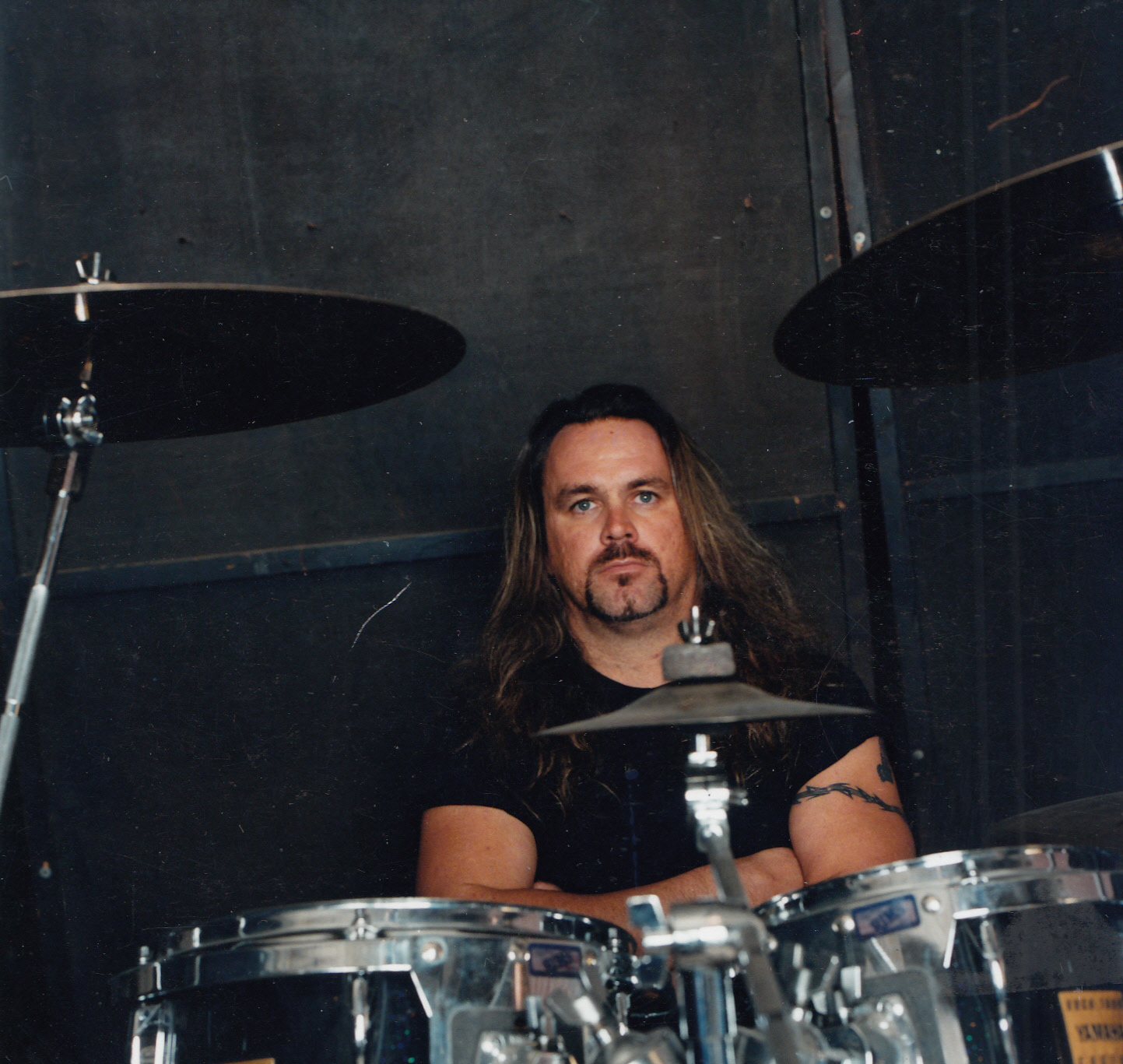 Terence (Terry) Lee Lawson passed away at his home in Morrisville, Missouri on September 22nd, 2019. He was born on March 24th of 1966 in Springfield, Missouri to Raymond and Patricia Lawson. Terry was baptized and confirmed in the Lutheran faith.

As a child he wanted to be a professional bull rider. He even won the barrel-riding contest at the Seymour Apple Festival. During middle school Terry decided he wanted to play the drums. We bought him a snare drum and he played it in school. We got his first drum set for him for his birthday and started to question that idea after he began playing them. Terry played loud when he started lessons. He was told he didn’t need to hit them so hard and he was playing too loud but that was the only way Terry wanted to play. So he did. The louder, the better!

In his Sophomore year at Parkview High School, Terry and some of his classmates started a band called Pegasus. Their band won first place in a Battle of the Bands contest! That started Terry’s band career. They played at several places in Springfield and surrounding cities. Although the name of the bands changed a few times, and members came and went, he kept on playing. After high school Terry started a band named Naked Zoo. They needed a place to practice so our basement was chosen. I don’t know how many of you have listened to 80’s heavy metal but it was loud! There would be so many people that came by to listen, surprisingly, with no complaints. They acquired an old bus and traveled the country playing venue after venue. Every time they left on the bus, we all hoped it would make it. It did pretty well but had a few breakdowns here and there.

Terry had an aversion to his sleeves being on his shirts. When he got a new one, the next time you saw him the sleeves would be gone. After being a drummer in the band for many years he became a roofer and from there a framer and carpenter. He worked for many years. Terry even built our home in Springfield and got many compliments on his work! Sadly, he had a stroke in 2008 that caused him to have many health issues in the years following. This kept him from building homes and playing drums. That was very hard on Terry because those were the things he loved.

Terry was loved by everyone that knew him. He had a smile that would light up a room. He had such a great heart and would help anyone that needed it. His sense of humor and his attitude were something he was known for. You could always count on him except for when it came to being on time. Our family joke was always to tell Terry to show up an hour earlier than we planned so he might be there at the right time!

After the passing of his father Raymond in 2018, Terry had a very hard time. It took a huge toll on him. Now they are together again, free from pain.

Terry was preceded in death by his father Raymond Lawson and both sets of grandparents, Bud & Evelyn Wheeler and Hubert & Ruby Lawson. He is survived by his mother Patricia Lawson and sister Lisa Snow. Nieces and their spouses and children: Andrea & Dustin James and Lyric & Bayne, Jade & Michael Austin and Rowan, Katelyn & Austin Bercaw and Gabe, Zayne, & Kyla. His aunts, uncles, and cousins as well. Also, many, many friends. Terry has left us way too soon and will be missed by everyone that loved him.

Visitation will be from 4:00pm-6:00pm on Sunday, September 29th at Greenlawn Funeral Home North.