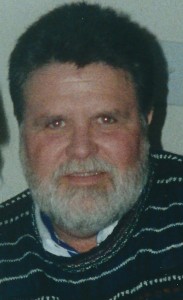 Thomas Anthony “Tom” Barrett peacefully passed away in his home on Friday January 8th, in Springfield. He was born on January 25, 1946 in Springfield, MO and was graduated from Willard High School in 1964. In 1970, Tom graduated from the University of Missouri at Rolla, Missouri Science and Technology with a BS in Civil and Structural Engineering and a Masters in Engineering Administration. He was a member of the Kappa Alpha Order of Fraternity Brothers. Tom worked in the Petroleum Industry and for several years was co-owner of Nova Engineering in Tulsa. OK. He retired from Chicago Bridge and Iron in Houston, TX in 2014 and returned to his home town. He is survived by his wife of 50 years, Karan Johnson Barrett and two daughters; Mary Elizabeth Clark, wife of Jeff Clark of Moore, OK and Kathleen Barrett of Tulsa, OK, four granddaughters and one great-grandson. He was preceded in death by his father, John William Barrett and mother, Mary Orpha Frazier Barrett, and a great-granddaughter. A celebration of life will be held at Greenlawn East, Springfield, MO, on Tuesday, January 12th at 1:00 pm and visitation on Monday, January 11th , 6:00 to 8:00 pm. Interment will be in Brookline Cemetery.