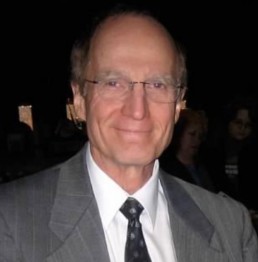 Thomas Green Field III (“Thom”), loving husband, father of five and grandfather of ten, went to be with the Lord on February 28, 2020, in Springfield, Missouri at the age of 81.
Thom was born on September 29, 1938, in Aurora, Colorado to Mary Emily and Thomas Green Field II. He graduated from Branson High School where he was part of the 1955 state championship basketball team. Thom went on to attend the University of Missouri where he played on the Mizzou basketball team, joined the Sigma Nu Fraternity and was Student Body President. He graduated from Mizzou in 1960 and served in the Army before returning to the University of Missouri to study law. After graduating from law school in 1964, Thom moved to Springfield and accepted a position at the law firm of Neale, Newman, Bradshaw and Freeman where he spent his entire career, ultimately retiring as managing partner. On August 29, 1968, he married Mary Dianne Stephenson. Together they raised two daughters and three sons.
Thom had a passion for serving others and for causes he believed in. He felt it his duty to positively contribute to society broadly and to try to improve his community. Throughout the years he truly lived this mission by investing his time, heart and talents in organizations that sought to improve the quality of the lives of children and young adults living in southwest Missouri through education and hope. He served where called in numerous organizations such as the Springfield School Board, including serving as President, Make-A-Wish Foundation, Global University, K-Life and Ozark Technical College, including being part of founding several of these and other organizations.
Thom had many roles in life. He was a devoted Christian, servant, leader, mentor, friend, coach and avid Mizzou, Baylor and Cardinals fan. But his favorite role was that of family man. He loved being a dedicated husband, father and “Pops”. He was known for his generosity, quick wit and kind and compassionate spirit. He lived life fully and loved his family and friends deeply. He touched many lives and will be greatly missed.
Thom was preceded in death by his father Tom, his mother Mary, his sister Nancy and his brother Bill. He is survived by his loving wife Dianne and his five children: Amy, Tom, Jon, Michael and Stephanie. Thom is also survived by his ten grandchildren: Caroline, Thomas, Jacob, Claire, Carter, Declan, Beckam, Abigail, Ava and Liam.
Thom’s life will be celebrated at 11:00 am on Friday, March 6, 2020, at James River Church, 6100 N 19th Street, in Ozark. The family will gather and receive guests at a reception at the church immediately following the service. No formal visitation is planned. Friends may visit the Greenlawn Funeral Home East at 3540 E Seminole, Springfield, between 9:00 am and 8:00 pm on Thursday, March 5, if they wish to view and pay their respects. A private burial will precede the celebration service.
In lieu of flowers the family has requested contributions be sent to Cherish Kids, a non-profit organization that endeavors to improve the quality of life for children who find themselves displaced or orphaned. More information can be found at www.cherishkids.org. However, if you wish to send flowers, please deliver to Greenlawn Funeral Home East at the aforementioned address.