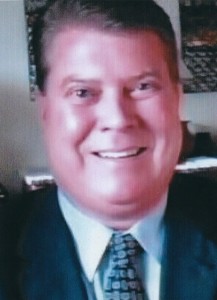 Trent Derrick Reynolds 1964-2015
On April 13, 2015, Trent Derrick Reynolds, a recent resident of Nixa, Mo. was found deceased in his home of natural causes. He was preceded in death by his Grandparents, Thayer & Bernice Reynolds, and Wayne & Elizabeth Walker and his younger
brother, Lance Wayne Reynolds. He was survived by his Mother and Step-father, Jane & Robert Thomas of Ozark, His Father, Jimmy Reynolds of Chap aula, Mexico, His brother-in-law & sister, Tim & Cindy Byers of Springfield and his nephew, Travis Byers of Springfield, his step-sister, Sharon Snow and her 2 sons, Max & Henry of Marshfield, his step-brother, Brian Thomas, and his 2 daughters, Samantha & Megan of Rogersville. Funeral Services will be held this Saturday, June 6 at 2pm at Greenlawn Funeral Home East, behind Sam’s Club off East Sunshine.