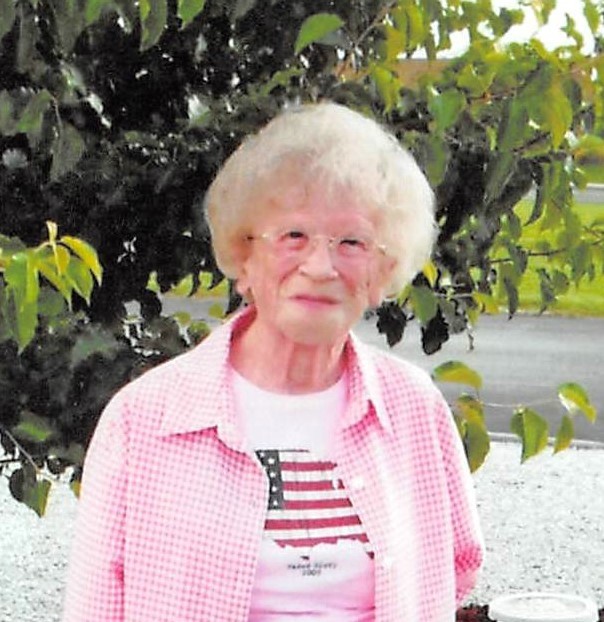 Velma E. Butler, the youngest daughter of Dovie (Dooling) Barrett and Linfred Barrett was born on December 30, 1924 at Yocum, Arkansas.

She passed away on December 6, 2018 at Table Rock Health Care in Kimberling City, Missouri at the age of 93 years, 11 months and 6 days.

She attended elementary at a one room school at Farewell and graduated from high school in Green Forest, Arkansas. She was a lifelong resident of the Ozarks and attended the Highview Assembly of God Church in Lampe, Missouri.

Velma was preceded in death by her parents, a sister, Louise Walker, grandson, Heath Butler and her beloved husband Kirby.

Velma worked as a homemaker and later for the Blue Eye School District in the food service and custodial work part time retiring finally at the age of 87.

Funeral services are planned for Friday, December 14, 2018 at the Highview Assembly of God Church in Lampe, Missouri with Rev. Roger Ely officiating. Burial will follow in the Blue Eye Cemetery under the direction of Greenlawn Funeral Home in Branson.

Visitation will be from 1:00 PM until 2:00 PM prior to the funeral services.