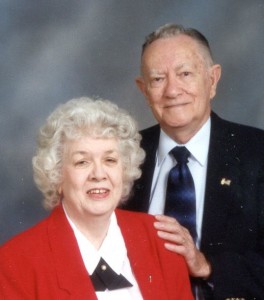 Velma Jean Bremer known as Tootie, passed away December 11, 2014 at Mercy Villa Nursing Home in Springfield, MO after residing there for over 11 years. Velma was preceded in death by parents, Cordi & Spencer Tunnell, husband Clarence Bremer who died January 27, 2008, son Terry Bremer who died May 27, 2010, brother James Tunnell, sister Thelma Powers and spouse Cecil Powers, and brother-in-law Bud Eubanks.
Surviving relatives are; her daughter Paula; Benedec and spouse Kevin Benedec of Springfield, MO; Wilma Eubanks, sister to Velma, and her two daughters Ruth Gross and her spouse Jr. Gross and their children; Donna and Joe Shiflett and their children; Jeff, Mark, Pam and Rick Powers (Thelma’s children) and their children of Joplin, MO; Jama, Janet and Jeff (James Tunnell’s children) and their children of Joplin and Springfield; daughter-in-law Joanne Bremer and her two granddaughters Meghan and Sara Bremer; and great-granddaughter Caleigh 8 yrs old of Boston, Mass.
Velma was a loving, good Christian woman who did a lot of great things for other people. She loved her family, and was a great cook and loved family gatherings. She often took food to people and sat with them at the hospital. It is a great blessing that she is finally with God and her loved ones who preceded her in death. She loved the Lord.
Her visitation and funeral will be held in Greenlawn Funeral Home South. Visitation will be from 6 -7:30 pm on Monday evening December 15, 2014. Funeral will be on Tuesday, December 16, 2014 at 11 am. Burial will follow in Maple Park Cemetery in Aurora, MO. In lieu of flowers the family requests memorials be made to Gideon Bibles.