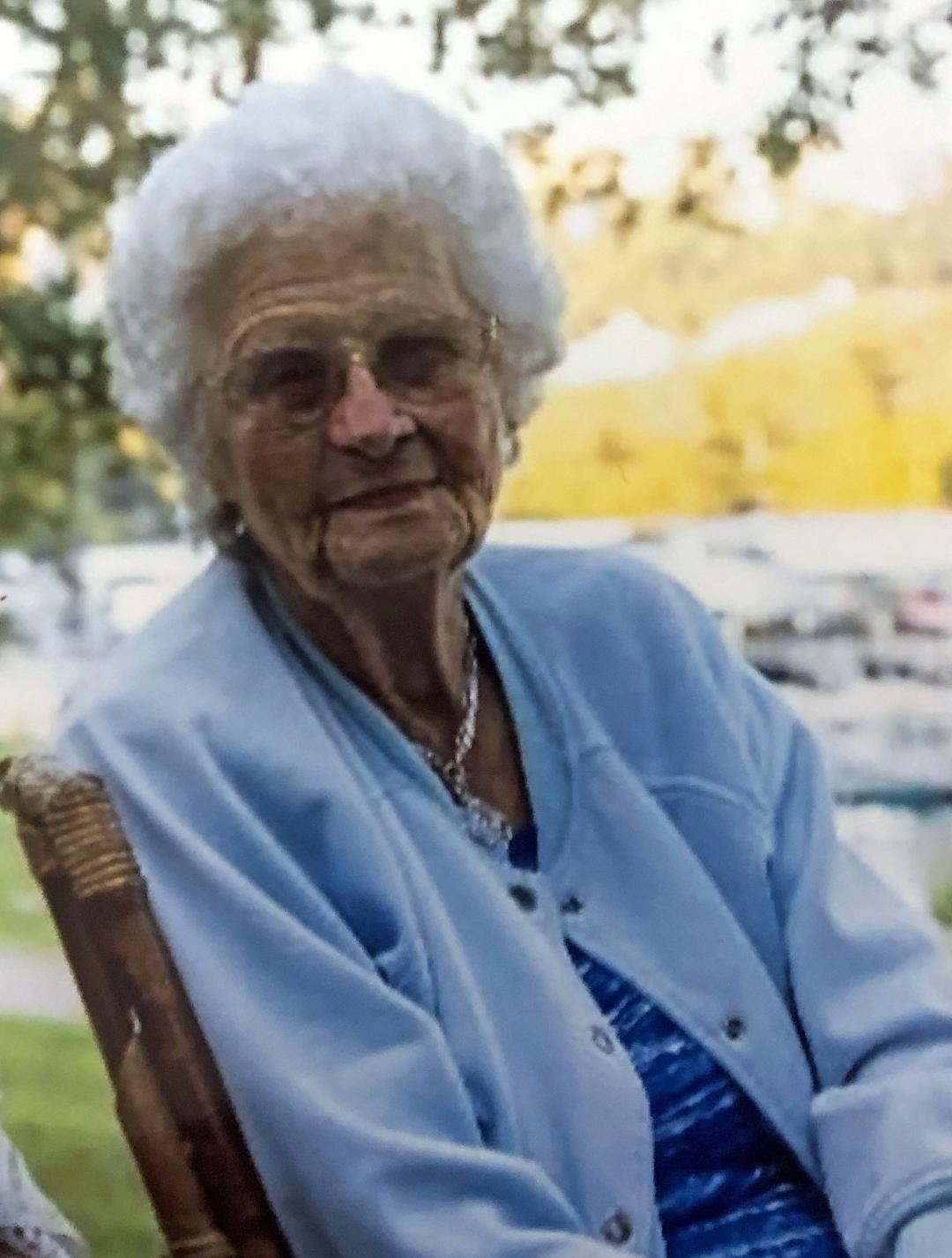 Strafford, MO – Verma Laverne Wolf, age 98, passed away May, 2 2020 in Dallas, GA in the home of granddaughter, Shawn Reagan. Verma had moved to Granite City, IL in 2009 to live with her son, James (Sonny) Wolf and his wife, Karen. Sonny passed away in 2014, and last November Varma and Karen went to live with Shawn in Dallas, GA. Verma became ill in March, and the family wants to thank Shawn for her loving care of her “Granny” during these last few weeks and months. Also, there is much appreciation to Karen for her care and support of Verma during these last years.

Verma was born in Thornfield, MO April 13, 1922 to Audie and Almeda (Duckworth) Trent. On October 15, 1938 Verma married Martin (Red) L. Wolf. When Verma was 22, Martin was drafted into WWII, leaving her with four children under six years of age for four years. When Martin returned, they lived at Strafford. After he passed away, Verma worked at the MFA at Strafford until she retired.
Verma was active in the Navy Mothers and VFW Auxiliary No 963 where she served as president. She was a member of Calvary Baptist Church in Granite City, IL. First and foremost, Verma loved her family and spending time with them. She enjoyed reading and gardening, made beautiful quilts, was an avid fisherwoman, a big sports fan of football, Bears and Lady Bears basketball, the Strafford Indians and especially the St. Louis Cardinals. And, she loved to stir up “trouble” with her quirky sense of humor. She will be greatly missed by her family and friends.

Survivors include one son; Marion L. Wolf and wife, Patsy, Springfield; daughter-in-law, Karen Wolf, Dallas, GA; daughter-in-law, Laura Wolf, Jasper, AL; eleven grandchildren, eighteen great grandchildren, and two great-great grandchildren. She also considered Gary and Pat Montgomery and their children and grandchildren as her “adopted” family. Verma was preceded in death by her parents; her husband, Martin; her son James M. Wolf; her son, William Glynn Wolf; her daughter, Mary Ann McDowell; her grandson, Greg McDowell; and all eight of her siblings and their spouses.

Due to the COVID-19 pandemic, a private burial service will be held at Dishman Cemetery at Strafford, Mo. Memorial contributions may be made to St. Jude Hospital. Online condolences may be shared at greenlawnnorth.com