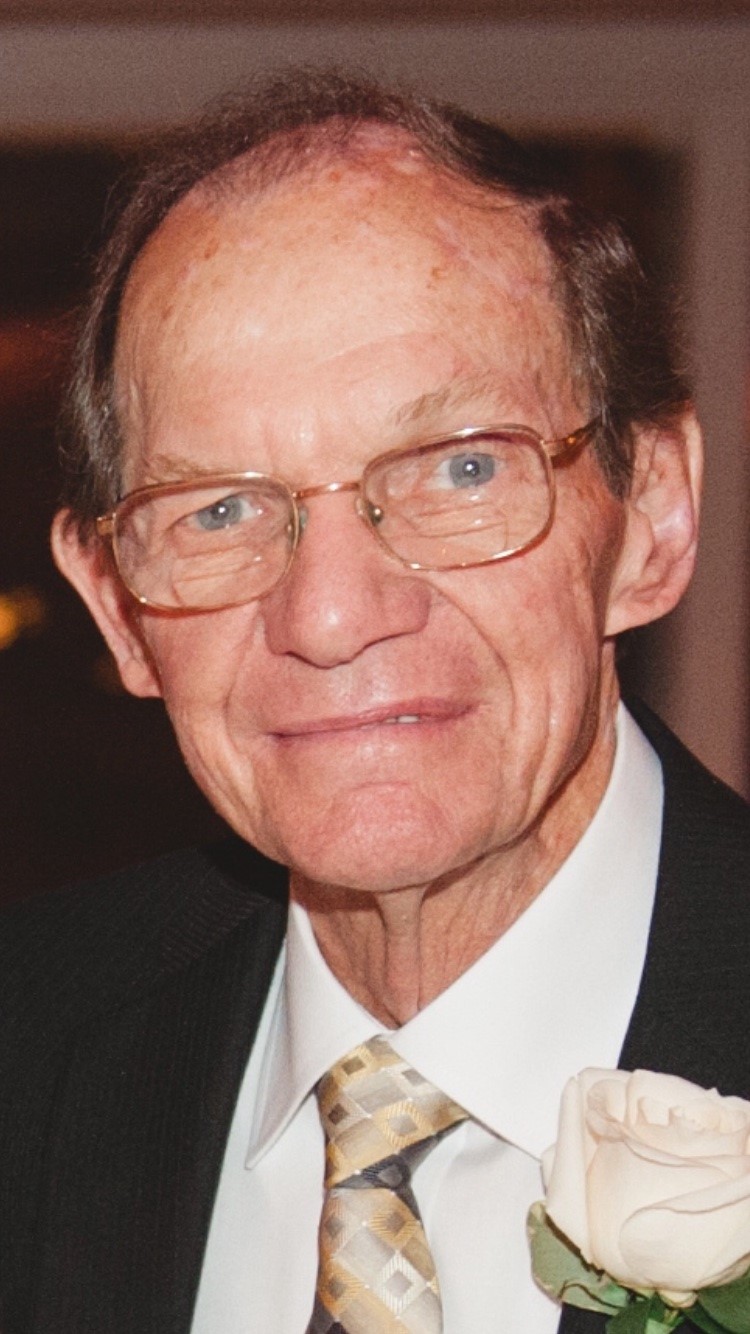 Vern was born on November 17, 1933 in Tabor, IA to Henry and Ruby Knierim. On August 19, 1955, he was united in marriage to his wife, Marjorie. They had two children, a son, Ken and a daughter, Cindy. In 1956, Vern taught English at Elliott High School in Elliott, IA. In 1961, Vern began a 35 year career in the Raytown School District. He was an English teacher at Raytown South High School from 1961 to 1966. In 1966, he became a Guidance Counselor at Pittman Hills Junior High School, later Raytown Middle School. He was there until his formal retirement in 1996. He worked three more years on a part-time basis. Vern and Marge moved to Republic, MO in 2001. Not long after their move to Republic, he began volunteer work at the Springfield Victory Mission, teaching classes and serving meals. He also volunteered at The Springs Church of Springfield, MO where he did much in the way of painting, serving as an elder and serving on the prayer team.

Vern was preceeded in death by his beloved wife, Marge, of 62+ years, his parents,, two brothers, two brothers in-law and a sister-in-law.

He is survived by his son, Ken (Diane) of Republic, MO; a daughter, Cindy Telfer (Vaughn) of Moscow Mills, MO. He is also survived by six grandchildren, Jamie (Jessica), Jennifer, Kayla, Phillip (Kyla), Kyle and Josh; two great grandsons, Eli and James; one great grand daughter, Nora; a brother and sister-in-law, Don and Kathie Knierim, of Colorado Springs, CO; a sister-in-law, Velma Knierim, of Colorado Springs, CO; a sister-in-law, Mary Lineback, of Raytown, MO; many nieces, nephews, cousins, and a host of friends.