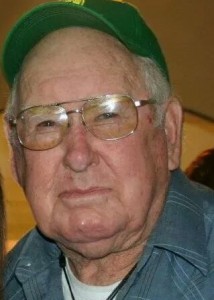 Virgil Leon Long, age 84, of Strafford, MO, passed away Sunday, April 12, 2015. He was born September 9, 1930 to Virgil and Helen Long. He was united in marriage to Hazel Jane Bishop on March 29, 1953, in Springfield. Leon spent his life dairy farming and gardening. Leon’s true love was spending time with his family, especially his grandchildren.
He was preceded in death by His beloved wife, Jane Long; parents,Virgil and Helen Long; and two brothers. He is survived by his five children, Phyllis Mumert and husband Steve of Springfield, Terry Long of Springfield, Rex Long and wife Pam of Willard, Cindi Stroud and husband Aaron of Springfield, and Ryan Long, Strafford, MO: six grandchildren; eight great- grandchildren; six brothers; five sisters; and a host of family and friends.
Funeral services will be held at 1:00 p.m., Thursday, April 16, 2015, at Greenlawn Funeral Home North, Springfield, MO. Burial will be held in Clear Creek Cemetery. Visitation will be held from 12-1 p.m. on Thursday, April 16, 2015 at Greenlawn Funeral Home North. Services have been entrusted to Greenlawn Funeral Home North, Springfield, MO.