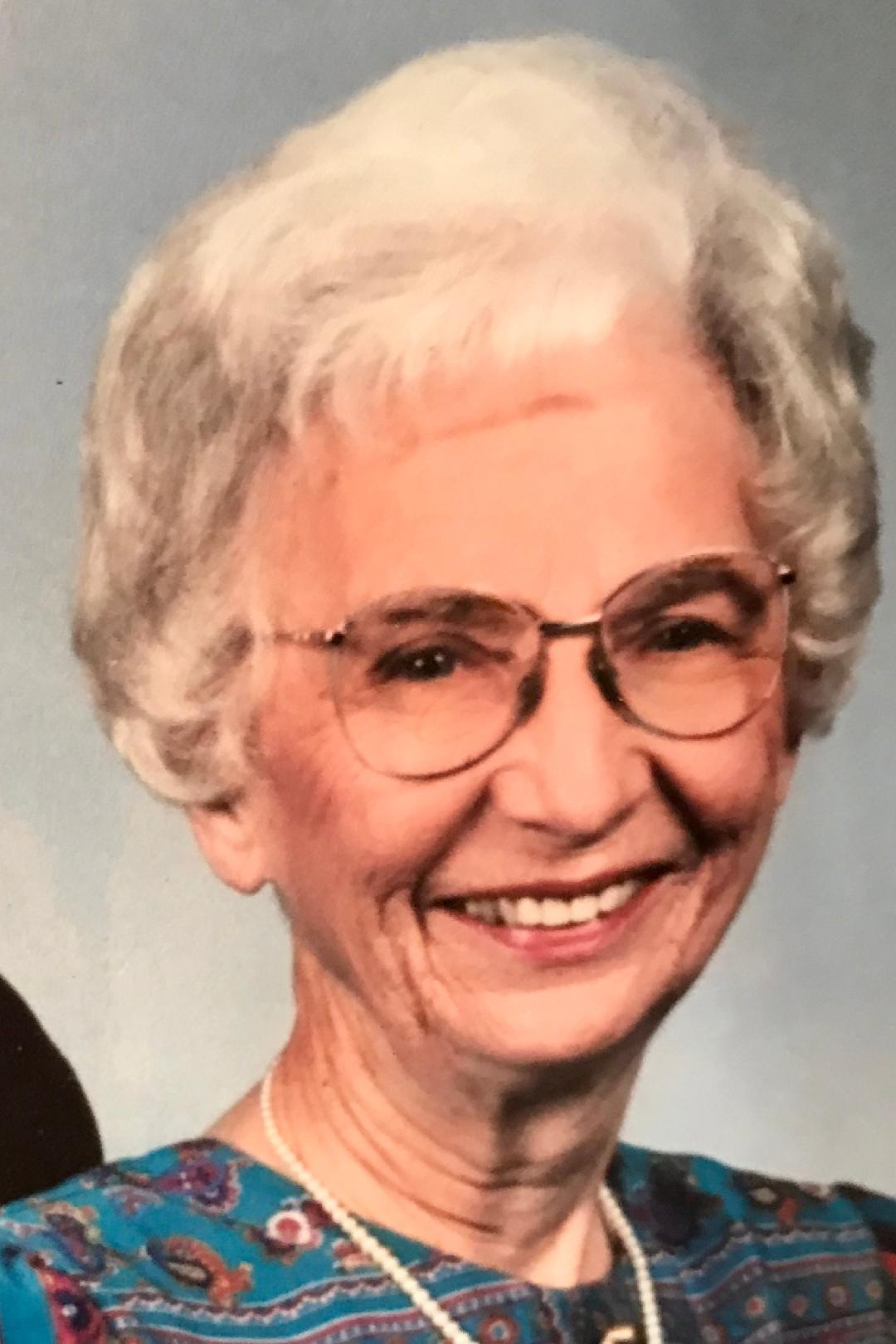 Wanda was born on August 19, 1926, to Charles Christian Murphy and Elsa O. (Elley) Murphy in Fulton, Missouri. She was raised on the family farm outside of New Bloomfield, Missouri.

After working for a year for the State of Missouri in Jefferson City, she enrolled in Southwest Missouri State School in Springfield, Missouri, where she met her future husband on the first day of class. She and Victor L. Van Hook were married on June 6, 1948, at her home church in New Bloomfield.

Wanda and Vic taught briefly in Missouri then moved to Stillwater, Oklahoma, so she could finish her bachelor’s degree while he finished his master’s degree at what was then Oklahoma A&M. They stayed in the community and Wanda finished school, raised two daughters and had a long and full career in the OSU Admissions Office.

Wanda passed away in Stillwater on March 8, 2019. She was preceded in death by her parents, her husband, one grandson, Jonathan Segura, and her brother, James C. Murphy, She is survived by her daughters Vicki Van Hook and Donna Kiplinger and grandchildren Rory Segura and Scott Kiplinger. She also is survived by her loving brothers-in-law, sisters-in-law and numerous nieces and nephews.

Graveside services will be held at Missouri Veterans Cemetery in Springfield, Missouri, on March 15, 2019, at 2:00 p.m. under the direction of Greenlawn Funeral Home East. In lieu of flowers, memorials may be made to the Stillwater United Way, P. O. Box 308, Stillwater, OK 74076-0308, any animal rescue service, or the charity of the donor’s choice.