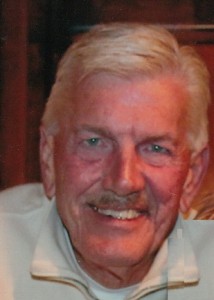 William M. Blair, 70, of Springfield, went home to the Lord on May 10, 2015 after a short battle with cancer. Bill was born on December 1, 1944 to William and Betty Blair. Bill graduated from Willard High School in 1962 and attended Drury University. He retired from Burlington Northern Railroad and was currently employed by the Affordable Housing Action Board. Bill married Sherry Hultgren Blair in Jamaica on November 17, 2006. Bill was a member of Crossway Baptist Church. He enjoyed fly fishing, camping, golf, baseball, and was a huge St. Louis Cardinals and Mizzou fan.
Bill is preceded in death by his parents Betty Jean Blair and William M. Blair, Sr. He is survived by his wife, Sherry Blair; daughter, Teresa Blair; son, Todd Blair and wife Lisa and grandson, Davis; brother, Charles Blair and wife, Janet; niece, Christy Blair-Maggard; nephew, Mike Blair; step-daughter, Lindsey Gainer; and step-son, Dustin Gainer and wife, Susan.
Visitation for Bill will be Tuesday, May 12, 2015 at Greenlawn Funeral Home North from 7-8:30 PM. Graveside service will be Wednesday, May 13 at White Chapel Memorial Gardens at 10:00 AM. In lieu of flowers, donations may be made to the Humane Society of Southwest Missouri, 3161 W. Norton, Springfield, MO 65803.