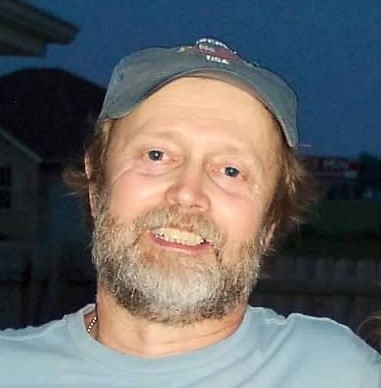 William (Bill) Ray Anderson was born on September 28, 1947 in St. Petersburg, FL.  He departed this life on January 20, 2021 in his home after a yearlong battle with cancer.  Bill accepted Jesus Christ as his savior in January of 2020, and has been reunited with family and friends in Heaven.

Bill retired from Ramey Supermarket, where he managed the Seymour location for over 25 years.  During retirement, Bill directed his energy to woodworking, flipping houses, and walking his beloved dog, Magic.  Bill lived a life of old fashioned values encompassing a strong work ethic, love of family, and helping neighbors with virtually any project or need they had.  He impressed these same values on his family, cementing in us that we could accomplish anything we set our minds to.

Bill enjoyed all sports, both participating and watching.  He could often be found playing tennis, racquetball, walking laps, playing catch, or shooting hoops.  But more than anything, Bill loved to be in the stands or bleachers cheering on his family and never missed a game.

Bill would compete at just about anything and was not about to let anyone win just to make them feel better, not even his own kids!  Bill fought cancer with that same competitiveness and did not change his life because of it, still logging 20,000 steps a day even during treatment.  Just like he dealt with all experiences in life, Bill managed his illness with strength and determination, never complaining, writing his own rules, and if you said he couldn’t do it, he would make sure he could.

He is survived by his two children who were his entire world, Tamra Waitman and her husband John of Strafford, MO , and Brandon Anderson and his wife Sue of Shawnee, KS, five grandchildren whom he was extremely proud of, Katie, Ian, Joey, Devin, and Ashlynn, 2 great grandchildren, Waylon and Jax, and his 100 year old spunky aunt, Geneva.   Bill also left behind his best friend and canine companion, Magic.

The family would like to acknowledge the appreciation of the love and support received from the entire staff and management of Amada Senior Care who provided excellent care and support for our entire family during this difficult time.

A memorial visitation will be held from 1:00 PM until 3:00 PM on Sunday, January 24, 2021, at Greenlawn East Funeral Home in Springfield. A private family service will be held at a later date. In lieu of flowers, the family suggests memorial contributions to Expect Miracles Foundation, 89 South Street, Suite 701, Boston, MA 02111, www.ExpectMiraclesFoundation.org.  Expect Miracles invests in life-saving cancer research while advancing the financial and emotional health of people impacted by cancer.

The Rudolph's from Seymour