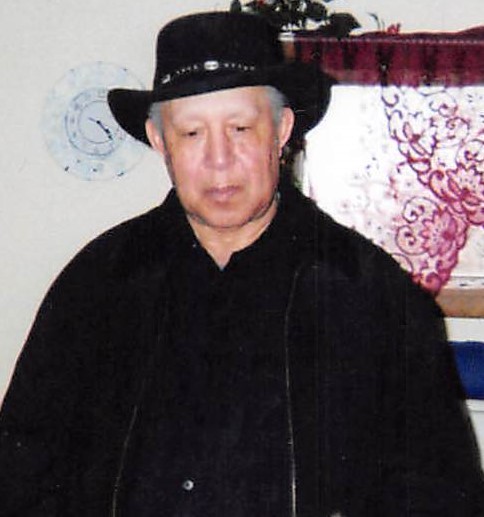 Zack Tolliver was born in Springfield, Missouri on December 6, 1934 to the late Channie Tolliver and Ida Tolliver. He made his transition on Wednesday, December 30, 2020.

Zack completed his formal education in Springfield, Missouri, and he was a proud graduate of Lincoln High School—the Class of 1953. After finishing high school, Zack attended Pittsburg State University where he pledged Kappa Alpha Psi Fraternity, Incorporated and became a member of Prince Hall Mason. After studying at Pittsburg State University, Zack returned to Springfield where he farmed for a short period before joining his family as an employee in their Battery Business Company.

For those who knew Zack, it was no secret that he had a number of hobbies that were inclusive of fishing, reading, sharing stimulating conversations, spending time with his family, and teaching. Although Zack was a multitalented man, he was known as a community leader—who worked diligently to promote education, equality, and justice for all. As a Conspiracy Theorist SME (Subject Matter Expert), Zack taught individuals how to become critical thinkers within society.

As a social politician, Zack loved learning, and he was intrigued by traveling which led him to driving pickup trucks across the country for a few years. After Zack’s tenure ended with trucking driving, he reunited with his brother (John) to open the Southwest Storage Company.

Truly, Zack Tolliver, the man—the myth the legend was a father, a friend to many, and a phenomenal entrepreneur.  Certainly, if you knew Zack Tolliver, then you were blessed to be loved, as well as, had the privilege to enjoy a special love with man who embraced humanity. Zack’s famous quotes were: “I never thought I’d see a world like this, but to hell with it. I’m gonna stay cocked and loaded like Dirty Harry.” More so, if Zack was upset, he would state “keep your powder dry.”

Mr. Zack Tolliver was a philosopher and scholar who was perceived as the 21st Century Renaissance Man. During my undergraduate years, I had the honor and pleasure to meet Mr. Tolliver while I attended Jackson State University where he made trips from Missouri to Mississippi to visit his son, Chaniver. Of course, after meeting Mr. Tolliver, it was obvious that he was a well-read scholar and a refine researcher.

Later after I graduated from Jackson State University, Mr. Tolliver was responsible for orchestrating the NAACP Minority Youth Educational Conference which afforded me the opportunity to facilitate a three-day training designed to help minority students, faculty, and parents to advance within the field of education. Certainly, Mr. Tolliver skillfully used his political influences and his savvy rhetoric to persuade the local community to participate and support the program yearly.

Although Mr. Tolliver was a refine business man, he was always networking and reading an array of literature to remain globally aware of [all] economic development opportunities for minorities. In doing so, Mr. Tolliver would call me on any given day, and we would discuss governmental affairs, military intelligent, philosophy, and social programing. Truly, Mr. Tolliver would engage me for hours in great dialogue which was priceless.

In essence, Mr. Zack Tolliver was my counselor, friend, mentor, and my out-of-state father, who nurtured me to become today’s noted academic political ambassador for political change. Due to Zack’s transition, I will miss our spiritual conversations and our engaging debates—but I am at peace because my “Bud” in resting peaceful in heaven.

A celebration of Zack’s life will be Wednesday, January 6th at 11:00 am @ Greenlawn South 441 West Battlefield, Springfield MO 65807 with burial to follow in Hazelwood Cemetery. The family will receive friends from 10 am – 11 am in the funeral home. For family and friends unable to attend, the service can be viewed live via Zoom, meeting ID # 861 0387 9540.